Now, if you’re the kind of person who reads Investor Junkie over your morning latte, you’re well aware that crypto is a volatile, ultra-risky investment vehicle. But even still, this is one helluva sale. And as a result, your investor's brain hears two voices.

Voice #1 says: “It’s too late to invest in cryptocurrency. Be smart, pour money into the S&P — it always rebounds.”

Voice #2 says: “As volatile as it is, a crypto position could generate better returns in 10 months than a Vanguard index fund could in 10 years.”

Neither voice is wrong. So which one do you listen to?

Three Reasons It Might Be Too Late To Invest in Cryptocurrency

To be clear, it’s not literally too late to invest in cryptocurrency. In fact, it’s never been easier, and you can start building a crypto portfolio in about five minutes.

Instead, let’s define “too late” as “crypto will never recover, and an investment doesn't make sense.” Here are four reasons why that might very well be the case.

Read more >>> How to Invest in Cryptocurrency

1. Crypto’s Environmental Impact Is Getting Worse

Most major cryptocurrencies, Bitcoin and Ethereum, included, use a “proof of work” model to verify and log transactions on their respective blockchains.

Proof of work requires an immense amount of computing power, and as a result, crypto alone absorbs nearly 1% of the world’s electricity and energy production.

That wouldn’t be such an issue if that energy were renewable, but it’s not. The top three mining countries are the U.S., Russia, and Kazakhstan, which derives most of its power from fossil fuels. After miners started causing rolling blackouts in Kazakhstan, Wikipedia stopped accepting crypto donations due to its devastating environmental impact.

So, what does this all mean for future prices? It implies that crypto mining — and therefore crypto as a whole — could face more and more national bans as the world shifts towards sustainability.

Proof of stake cryptos (Cardano) and cryptos evolving to proof of stake (Ethereum) may survive the chopping block, but Bitcoin could go bust due to its environmental impact alone.

2. The Metaverse Could Accelerate the Demise of Legacy Cryptos

The metaverse is coming, and Zuckerberg expects it to have over a billion users within the next decade. Clearly, whichever cryptos end up powering the metaverse will be pretty future-proof. But so far, it seems that none of the legacy cryptos are getting a job interview.

That’s because the tech giants building the metaverse are designing their own in-house cryptos. Meta and Microsoft have already filed patents, and Apple — which doesn't accept any existing cryptos as payment — still sees their potential.

It makes sense: why try to tame volatile, decentralized crypto when you have the resources to make your own that you can control and monetize more easily?

Now, many crypto investors, myself included, might see Silicon Valley’s cold shoulder and say, “Who cares?” But not everyone thinks this way, and crypto’s value is inextricably tied to its reputation as a viable currency and technology.

For example, when Tesla announced it would no longer accept Bitcoin as payment, prices plunged 10%. So imagine what could happen if Microsoft, Apple, Google, and more start announcing that Bitcoin has no place in the metaverse. Prices could plunge, sending casual, pandemic-era HODLers fleeing for the exit.

Read more >>> Here’s Why the Metaverse Will Kill Bitcoin

China banned crypto, in part, to pave the way for their digital yuan. This marked the first time a government introduced a homemade crypto killer — aka a Central Bank Digital Currency (CBDC).

Since then, other countries such as Russia, Nigeria, The Bahamas, Sweden, Canada, Mexico, India, and more have announced plans to introduce their own CBDCs or have done so already. Granted, unlike China, these countries haven’t taken the rather-unsportsmanlike approach of banning crypto before introducing their own competitor.

But that doesn’t mean their intent is peaceful cohabitation. “One of my biggest fears as a Bitcoin (and cryptocurrencies) investor is a total takedown of BTC by the Central Banks.” writes Kenneth Rapoza in Forbes.

Some think the introduction of a CBDC is a clear sign that a central bank is trying to snuff out crypto and that other measures may be coming to divide its user base. “I see 50% taxes (or more) to cash out of your BTC, including making purchases.” writes Rapoza.

That all being said, there’s hope yet. President Joe Biden does seem to want America’s upcoming CBDC and legacy cryptos to coexist happily. That’s a big deal considering that the USD is still the world’s reserve currency.

Crypto is a fascinating investment because for every trend that indicates its impending doom; there’s an equal, opposite trend signalling its inevitable, glorious resurgence.

Here are three from the latter category which may justify a small investment:

Unlike fiat currency, Bitcoin is finite. There can only ever be 21 million Bitcoins in circulation, and more than 90% of them have already been mined. Basic economics tells us that values will continue to rise as demand remains steady and the supply shrinks.

Granted, the final Bitcoin isn’t slated to be mined until 2140. But there are milestones between now and then that could see values skyrocket.

In the mining world, there’s a term called a “halving,” where the reward in Bitcoin for mining one block is cut in half. It tends to happen every four years; the next one is projected to occur in May 2024.

Here’s why that matters: during the second and third halvings, Bitcoin exploded in the months following and brought the crypto market along with it. So if there were a good time to buy crypto, it would be sometime before May 2024. However, you might not want to HODL for too long since the market tends to pull back again.

2. The Rise of Proof of Stake

Crypto is poised to flip its greatest weakness into a strength. As discussed above, proof of work-based cryptos is gobbling up too much energy and causing the lights to flicker in Kazakhstan. The miners are aware of this and, to their credit, have explored ways to go green — but something’s gotta give.

Thankfully, proof of stake (PoS) is here to help alleviate the crypto energy crisis. It uses crypto itself — not computer power — to validate transactions. It’s genuinely fascinating, and the guys behind Ethereum do an excellent job of explaining how it all works.

But the bottom line is that proof-of-stake is 99.9% more efficient and safe from hackers than proof-of-work. So, PoS cryptos could future-proof the market for decades. In the short term, Ethereum investors could see a potential windfall once ETH finally transitions to ETH 2.0.

One final reason it may not be too late to invest in cryptocurrency is the rise of corporate interest in the NFT market.

It’s no secret that the NFT market is slowing down. According to the WSJ, sales are down 92% from their September 2021 peak.

But one could argue that this is just the end of the first wave. Global brands like Taco Bell, Visa, Pizza Hut, Pringles, Adidas, and more are all going hard on NFTs. Also, Zuckerberg has made abundantly clear that NFTs will play a massive role in monetizing the metaverse.

All that trading activity could be good for investors in Ethereum since 90% of NFTs still live on the Ethereum blockchain. Plus, as more signs indicate that the secondary market for NFTs is dead — like the world’s most famous Tweet losing 99% of its value — NFT investors may flood back into crypto.

Bitcoin, Ethereum, and the rest of the crypto market could go to 2,000% or 2% in the next year. There’s plenty of compelling, data-driven evidence to support both outcomes.

So, is it too late to invest in cryptocurrency? No, but it’s still riskier than wearing bacon-scented cologne to a bear convention. If you buy some, be mindful of your risk tolerance and restrict your crypto investments to 5% or less of your overall portfolio. 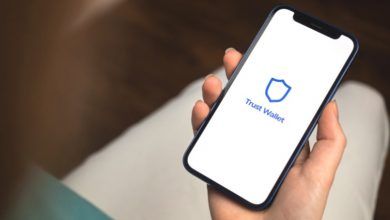 Trust Wallet Review 2022: Not Too Hot, Not Too Cold 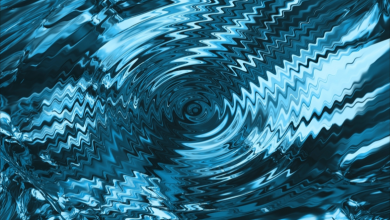 Where Is the Best Place To Buy XRP Right Now? 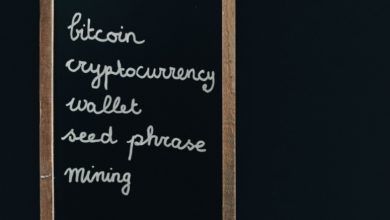 The ABCs of Cryptocurrency: A Glossary of Common Crypto Terms 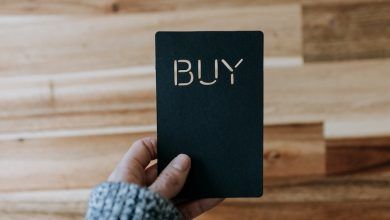 What Are Crypto Credit Cards? And Which Are the Best?