Economists and business leaders often talk about the “business cycle.” But that may be a polite way of describing what is in reality the boom and bust cycle. Translated, it means the economy goes up (booms) and down (busts) with surprising regularity. As it does, the cycle affects most areas of the economy: sales, profits, employment, the housing market, government finances, and financial markets.

Put another way, whether the economy is in a boom or bust can impact your job and investments. No two boom and bust cycles are the same. So the financial gains on the way up — and the losses on the way down — can vary substantially from one cycle to another.

What Is the Boom and Bust Cycle?

The boom and bust cycle is a process in which the economy moves from prosperity — or expansion — to contraction. This contraction can be in the form of either a recession or a depression.

Since the economy is so diverse and complex, exactly how the individual components will respond to either a boom or bust isn't always certain.

For example, a boom will result:

However, not all booms and busts follow the script perfectly. Sometimes the stock market rises even when the general economy is in decline. It's even possible to see an increase in unemployment and bankruptcies during a boom. But much of how that plays out depends on the various phases of each boom and bust cycle.

How to Protect Yourself From the Boom and Bust Cycle 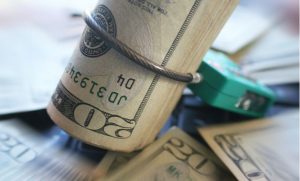 Because boom and bust cycles are so unpredictable, protecting yourself is a tall order.

The best strategy, in general, is the following:

Phases of the Boom and Bust Cycle

Though it often seems the boom and bust cycle is binary — that it's either boom or bust — it actually goes through at least four identifiable phases: 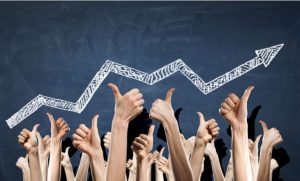 Economists describe a boom phase as something that happens after an economic bust hits bottom. At that point, the various inefficiencies that caused the bust will have largely cycled through the economy. Signs of improvement begin to appear — often inconsistently.

More specifically, this is the boost phase of the boom. But it isn't always clear a boom is actually taking place.

Economists measure booms and busts by changes in the gross domestic product (GDP). A decline in GDP indicates a recession or bust. An increase indicates a growth cycle or boom. But since changes in the GDP are statistical, an increase in the number won't necessarily feel like a boom — especially early in the boost phase.

From a practical standpoint, during this time, jobs become more plentiful, pay increases are easier to get, stocks begin to rise from their lows, and demand for housing, autos, and other major consumer items increases.

Eventually, the peak phase replaces the boom or boost phase as signs of the new expansion become more obvious. At this stage, most or even all major components of the economy seem to be on the upswing. Employment, wages, stock prices, housing prices, and the general cost of living rise steadily.

Though it seems like the optimum time in the boom cycle, the peak phase is usually the beginning of the end.

Suppliers, manufacturers, and merchants find it increasingly difficult to raise prices, stock prices get choppy and unstable, and demand for housing begins to soften. The easy money that was being made in stocks and real estate during the boost phase is long gone. And consumers begin cutting back on spending. 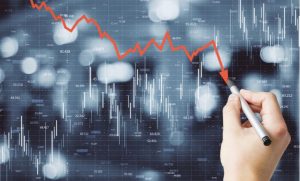 The bust phase comes after the peak phase. While the peak phase is often accompanied by confusing news reports and analyst predictions about the direction of the economy, the reality of the situation is much more obvious when the bust phase takes hold.

At this phase of the cycle, unemployment increases, and raises and promotions are hard to come by. Businesses announce cutbacks (usually in payroll) and some businesses begin to fail entirely. And both personal and business bankruptcies rise.

A bear market in stocks often (but not always) accompanies the bust phase, at least in the more severe busts. Housing suffers as well, as payrolls are cut, lenders become more reluctant to lend and uncertainty about the future keeps people from making major commitments.

4. The Boom and Bust Trough Period

The simplest explanation for the trough period is that it's the phase during which the bust hits bottom and the decline comes to an end. Just like booms, busts also run out of steam.

But much like a boom and bust peak, boom and bust troughs are difficult to identify. Much of that has to do with the fact that even though the economy is no longer declining, it's not growing either. Also, while a trough may be brief and last only a few months, the economy could also fall into a “bumping along the bottom” period, where it basically stagnates.

Ironically, this is often the best time to start a new business, invest in stocks or buy real estate. Much of the competition has been flushed out of the market at this point and virtually everything is “on sale.” That's because, ironically, troughs are the starting point for the next boom.

What Causes the Boom and Bust Cycle?

It's no mystery that booms begin in troughs, and busts begin in peaks.

During the trough phase, prices are low and there's a lot of extra growing room in the economy since many competitors were forced out during the bust phase. Once the stock market begins to rise and employers begin hiring, the boom begins to develop, if slowly. But as it gathers steam, it grows into a full-blown boom. Confidence grows and more people participate.

Actions by the Federal Reserve began the recent boom cycles. To stimulate the economy, the Fed lowers interest rates and increases liquidity in the banking system. Credit becomes readily available. This stimulates the buying of big-ticket items like houses and cars. The federal government may also act to stimulate the economy by cutting taxes. This puts more money into consumers' pockets.

By contrast, bust cycles are often largely caused by economic exhaustion. Eventually, stock values begin to seem excessive, house prices become unaffordable and wages reach a level where employers begin cutting staff. As these forces come into play, the next bust is inevitable.

But sometimes a major event tips the economy into a bust.
For example, the busts in the mid-70s and the early '80s were caused by an explosion in oil and energy prices. The Fed reacted by raising interest rates to double-digit levels to combat inflation. And that slowed the economy even more.

A similar situation happened in 2020, as the coronavirus pandemic swept across the globe, causing lockdowns, high unemployment, and business failures.

History of Boom and Bust Cycles Since 1929

The Great Depression of 1929 is probably the most famous boom and bust cycle but there have been others since then.

According to the National Bureau of Economic Research (NBER), there have been no fewer than 34 boom and bust cycles going back to 1854. Of those, 15 occurred since the Great Depression unfolded in 1929 (including the Depression itself), with 13 occurring just in the 75 years since World War II.

The screenshot below from the NBER shows the years in which the boom and bust periods occurred, as well as the length of both the contractions (busts) and expansions (booms):

By contrast, the longest expansion was the most recent, lasting 128 months from July 2009 through February 2020. (The screenshot is a bit confusing in presenting expansions because they have to be interpolated from the end of the previous contraction (trough) through the beginning of the next contraction.)

The shortest expansion since the Great Depression lasted just 12 months, from August 1980 through July 1981.

Broken down mechanically, 13 boom and bust periods over the past 75 years means each cycle runs an average of five years and nine months. That includes both the boom and the bust. And that means both major phases of the cycle tend to be relatively short.

Are We in a Boom or Bust Cycle?

History aside, maybe the most relevant question is where are we right now — in a boom or bust? According to the screenshot above from the NBER — as well as GDP monitoring from the Bureau of Economic Analysis (BEA) — we were in a recession in the second quarter of 2020, with a quarterly decline of 31.4%. However, the BEA recently reported a 33.1% increase in GDP for the third quarter of this year. So exactly where we are — or where we’re heading — is still largely unknown at this point.

Unfortunately, the COVID-19 pandemic made this one of the more complicated economic cycles. In the space of just a few months, we saw employment crater and then recover. We also witnessed the stock market nearly crashing, only to have one of the quickest recoveries in history. Meanwhile, housing has been booming since the crisis began.

No one knows how the current cycle will play out, which is why it's best to always fall back on basic strategies. Stay invested in stocks but diversify into other asset classes. Keep your debt to a minimum and your job skills on the cutting edge. That all may sound too basic, but it's all we've got given what may be the most confusing economy in our lifetimes. 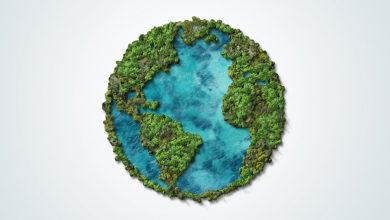