On March 15, the Federal Reserve cut interest rates by a full percentage point. It announced a series of measures to combat the impact of the coronavirus, with more stimulus measures expected.

On March 12 and 13, 2020, the Federal Reserve injected 1.5 trillion dollars into the economy. The Fed then cut interest rate to 0% on March 15, along with injecting an additional $700 billion. And on March 17, the central bank announced two emergency programs aimed at the flow of credit to businesses and households.

The last time the Fed made similar moves was in 2008 when the U.S. economy was in the midst of the Great Recession.

It's easy to read a headline and assume that the Fed simply pulled a bunch of cash out of thin air and is handing it out to banks. But that's not exactly what happened.

What Is the Federal Reserve?

The Federal Reserve is the national banking system of the United States. It was created in 1913 to help the U.S. establish stability around national finances. It is the agency that steps in when the country faces an economic crisis.

Commonly referred to as “the Fed,” it is responsible for:

The central bank helps maintain the financial system by means of buying and selling U.S. government securities. These are bought or sold to influence short-term interest rates.

The Fed also uses short-term interest rates (the rate it charges banks for short-term loans) to influence the markets. And it is a lender. It offers discounted loans to financial institutions to help buffer demand and supply and keep them running.

Over the last few weeks, the stock market has declined quickly and intensely, with indexes falling over 20% from 52-week highs. So, the Fed decided to intervene to the tune of $5.5 trillion. It did this to try to stop further economic erosion and bolster investors' faith in the markets

Did the Fed Just Give Away Trillions of Dollars?

No. If you've been on social media or reading only headlines, you may think the Fed just dropped money into the stock market or handed it out to banks. What actually happened was a loan, not a one-time gift.

Here's the backstory to why this is happening.

When individuals and companies put money into banks, banks don't just let it sit there. They use that money to make loans or investments. Bank deposits of up to $250,000 are insured by the FDIC. That way, if the bank makes an unfortunate investment, you can still get that money back.

Now, as people sell their investments due in large part to fear over the coronavirus, the Fed decided to bolster banks' cash reserves by offering banks repurchase agreements.

What Is a Purchase Agreement?

A repurchase agreement is a huge part of the world of banking. It's how financial institutions stay liquid, meaning they have cash on hand for their customers and themselves to use.

Essentially, the financial institutions lend each other money, and there is an underlying asset to ensure the borrower pays the loan back. If the borrower fails to pay back the loan, the lender can keep the asset.

Think about it like a mortgage. A bank gives you a mortgage to buy a house with the understanding that you will make all your mortgage payments. If you fail to do so, the bank can take back the asset, your house.

What the Fed has done now is give money to financial institutions on the condition of getting the money back in a few months.

If the banks don't pay the Fed back in the allotted time, the Fed can keep the Treasury bonds that are the underlying assets in the deal. And right now, the Treasury bonds are valued at more than the loans, so the Fed could actually end up with more money than it lent.

The Fed is divvying up the money over time, not giving it all at once. On March 12, it dispersed the first $500 billion and then another $1 trillion on March 13. And the Fed will continue to distribute $1 trillion each week until April 13. This is in addition to its usual $1 trillion weekly.

What Does a 0% Interest Rate Mean?

The Fed also lowered its interest rates on March 15. Federal Reserve Chair Jerome Powell said it was due to fears over the coronavirus. He stated,

[W]e expect to maintain the rate at this level until we’re confident that the economy has weathered recent events and is on track to achieve our maximum employment and price stability goals.

This is key, because the interest rates set by the Fed ripple through the rest of the U.S. economy. Banks use them as an indicator of where to set their interest and mortgage rates. With a 0% interest rate, consumers can expect their high-yield savings accounts to drop a few more percentage points.

Mortgages may also go a bit lower, though they are already at historic lows. Mortgages will never hit 0%, as banks need to make a profit off of their mortgage lending. But lower federal interest rates still means the overall profit margin is slimmer for banks.

Lower rates are a tool designed to stimulate buying. The Fed is hoping that people will keep their faith in the economy. It hopes people use these rate cuts as a chance to buy more — perhaps a home or new car. These purchases, in turn, help keep the economy in the black.

What Does All This Mean for the Stock Market?

On Friday, March 13, the Dow Jones closed 9.36% higher than it had the previous day. The first round of financial stimulation appears to have helped calm some turbulent waters and restore some investors' market faith.

The idea behind the stimulus is to prevent economic collapse. With investor fears showing up in the markets (via sales and thus the market dropping), the Fed has stepped in to show that there is no reason to panic. With this move, banks and financial institutions have more liquidity, helping stop a market- and economy-wide slip.

No. In 2008, President George W. Bush signed a bill called the “Emergency Economic Stabilization Act.” This gave $700 billion to the Troubled Asset Relief Program (TARP). This money was mostly used to buy failing and distressed assets from banks.

In that case, the government was buying failing assets from banks and financial institutions. This gave them money to restructure themselves and get out of the red. While banks did have to pay back the money, it was not on a short-term timeline-like these repurchase agreements are.

Additionally, the government today is not buying bad assets. Nothing about this stimulus package requires the Fed to buy anything from private companies permanently. And certainly not at a loss to itself.

Remember that these repurchase agreements are like loans. The collateral behind the loans (Treasury bonds) would become the Fed's if the banks don't pay back their loans.

Why Is the Fed Doing This?

The Fed is taking such drastic action to help avoid financial disaster. The 2008 financial crisis started in the United States and was felt around the globe for years. Some markets and people in the U.S. never fully recovered from the losses they underwent in 2008.

The Fed is taking this action now, in a time of uncertainty and financial volatility, to try to avoid the whole country taking a huge financial hit. The coronavirus has already cost industries hundreds of millions of dollars. Travel, entertainment, hospitality, and food industries have taken a serious blow. With this stimulus, the Fed hopes to prevent further financial bleeding for businesses and the stock market.

What Does the Fed Stimulus Mean for You?

When times get rough in the stock market, it's easy to feel like you're watching your investment balances and holdings disappear. When the Dow Jones goes down 7% in one day, it could mean individuals lose thousands of dollars.

It's important to remember, though, that losses are only “on paper” until they are realized. In other words, if your investments go down, they aren't truly losses until you sell them for less than you paid for them.

Remember that if you invest in the long term, you are more likely to get a 10% average return in the stock market. For every bad year, there are more good years.

The Fed wants the economy and stock market to keep going. That is why it's made these unusual loans to banks. If you can, keep contributing to your accounts at a regular pace. If you don't have a financial advisor, you can use Paladin to find the best firm to meet your investment needs.

With interest rates near zero, now could be a good time to invest in real estate or open up a brokerage account.

It's also a good idea to assess your total financial picture right now. Figure out all of your debts, assets, and cash. And decide whether you need to make changes to your portfolio to meet your investing goals.

The Fed's cash injection is not a gift from the government to financial institutions. This is a type of loan that the banks have to pay back, and it designed to help preclude financial disaster for the country as a whole. 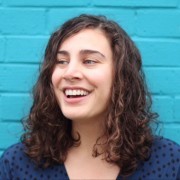