We can think of inflation as being like financial cancer – it’s slowly and relentlessly eats away at the value of our investments. Some investors would prefer to ignore inflation; it is after all inconvenient where investment planning is concerned. It can take pretty looking investment projections and make them look downright ordinary. The $1 million portfolio that you expect to have in 20 years will be worth considerably less in real purchasing power.
Ignoring the effects of inflation when it comes to your portfolio is nothing short of dangerous. Inflation is the reality of our time, and it has been for least a human lifetime. And for reasons that are beyond most of us, it always will be. For that reason we need to prepare for it, even when it doesn’t seem obvious. Our banking system is built to create inflation and on purpose.

So why doesn’t inflation never seem to go away? Well, mostly because it’s part of our national monetary policy. Is that an unpleasant thought? Government officials and bankers like to talk about inflation as if it is some sort of disease that they are working tirelessly to eradicate. The truth is the exact opposite! This isn't some conspiracy theory either.

“Inflation is always and everywhere a monetary phenomenon in the sense that it is and can be produced only by a more rapid increase in the quantity of money than in output.” – Milton Friedman

Government has a vested interest in inflation, and the ones who create it. Being at the top of the financial food chain, the federal government gets the biggest benefit from the extra dollars. Simply put, it enables them to spend money that they would not otherwise have. That extra money that the government spends is at the very root of inflation. In addition, inflation means higher prices and salaries, and that ultimately translates into higher tax revenues. If you’re in the federal government, what’s not to love about inflation?

Bankers love inflation too because it protects collateral values for loans. Consider the real estate meltdown of the past few years. Mortgages were in trouble precisely because house prices were falling. As prices fell below loan values, the threat of homeowners walking on their mortgages increased steadily. Rising real estate values increase the ability of bankers to collect on loans; falling values put collection in doubt.

The last time that we had a true deflation in the United States was during the Great Depression of the 1930s, and the government did every thing it could to inflate its way out of that. In fact, ever since the 1930s the government has been using inflation as a way to prime the nations economic pump.

Moral of the story: inflation has been with us for over 80 years and there’s no reason to believe that will it disappear any time soon. Invest with inflation in mind.

Back in the 1970s and early 1980s inflation topped out in the low double digit range. Since then it is been doing more of a slow burn – but that’s the point – it’s never truly gone away. Since the rate of inflation settled down in the early 1980s, the increase in the Consumer Price Index (CPI) has averaged right around 3% per year. That has been having a material effect on everyone’s investment portfolios.

Low-level inflation can even be worse than the more recognizable kind that we experienced more than 30 years ago. The danger with “a little bit of inflation” is that if you fail to recognize it and take action against it, it can still eat up your investments. In a way, it can do even more damage than higher levels of inflation.

For example, it takes approximately $231,000 today to buy what $100,000 bought in 1983. But because the decrease in the value of your dollars is less noticeable with low inflation, you might not prepare for it.

By contrast, if the value of the dollar were to fall by 50% in just five years – meaning something very close to 10% annual inflation – you would see the danger and prepare your portfolio accordingly.

Inflation is always with us. Higher levels of inflation may be easier to see, but lower levels are there all the time, and they are doing damage just as well.

So how are taxes and inflation related? First, they both originate with government. The government may impose one (taxes) and hide its participation in the other (inflation), but the net result is that both leave people with less money. Second, just like taxes, inflation reduces your purchasing power. Taxes reduce your purchasing power on the front, while inflation does its dirty work on the back where you can’t necessarily see it. This is why inflation is referred to as a hidden tax.

Both taxes and inflation benefit government with additional revenue, while leaving you poorer as a result.

Investing – The Ultimate Solution To The Inflation Problem

When it comes to seeking refuge from taxes, we look for a combination of tax-free and tax-deferred investment vehicles. But in dealing with inflation we must take an entirely different approach. We have to develop a specific asset mix that will allow our investments to grow at a rate that is greater than inflation over the long run.

It’s often thought that the best way to deal with inflation is by investing the way you would during a period of high inflation, such as the 1970s. That involves loading your portfolio with commodities. The problem with that strategy is that it does not work during the much more common periods of very low-inflation. Commodities usually fall in that type of environment, so they are virtually useless in dealing with inflation except during times when it is at very high levels.

We have to think of inflation as a very long-term situation. That means preparing to deal with it over many decades. The way to do this is by achieving consistent growth. Commodities can do that during the short periods of high inflation, but stocks are a much better bet during the much more common times of low-inflation.

Stocks have been returning an average of 8% per year for at least the past 100 years. Though they tend to under-perform during periods of high inflation, they are virtually the best asset to keep your investments growing over the very long term.

Inflation will ebb and flow over the years and decades, and you have to be prepared to deal with it at whatever level it is. Commodities tend to be the best investment when inflation is high, but stocks provide out-sized returns in times of low-inflation. The greater long-term growth of stocks is probably the best preparation for inflation over the very long haul. Buying a real asset, either a business or commodity, eventually rises to the same level as inflation. Paper assets do not.

Inflation is very stealthy. Even when we don’t “see it”, as has been the case for most of the past 30 years, it’s still eating away at our portfolios in much the same way that termites can destroy your home. For that reason, we have to be aware of inflation – and prepared for it – even when we don’t think it’s happening. 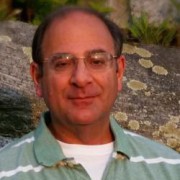