Advertising Disclosure This article/post contains references to products or services from one or more of our advertisers or partners. We may receive compensation when you click on links to those products or services
One of the items that has been getting a lot of play since President Obama's State of the Union Address has been minimum wage. In his address, the President suggested that the federal minimum wage be raised from $7.25 an hour to $9.00 an hour, indexed to inflation. (I'm old enough to remember being excited when the minimum wage went from $4.75 to $5.15.)

The Federal Minimum Wage was enacted under the Fair Labor Standards Act, setting the first minimum wage at $0.25 an hour. Since then, various amendements have been made to the act, and the minimum wage has risen as politicians see fit to require a minimum standard of earnings for workers.

States and localities can set their own laws, based on cost of living, although some states don't have minimum wage laws in place at all, simply allowing the federal law to suffice. Right now, there are states that require workers be paid more than $9.00.

In some cases, though, there are cities that require employers to pay a “living wage.”

What is a Living Wage?

Even though there is a minimum wage set at the federal level, the reality is that, for many, the minimum wage doesn't make it easy to cover the necessities of life. If you assume that someone works 2,000 hours a year, the minimum wage results in a total of $14,500. That's not enough to pay my housing expenses (mortgage, property taxes, insurance, maintenance) for the year.

While it is practically impossible for a family to even fulfill basic needs on a minimum wage job, the fact is that there are other helps available to minimum wage workers. Food stamps, Medicaid (although the requirements can be quite restrictive), and the Earned Income Credit all help relieve some of the difficulties that come when someone is paid a minimum wage, rather than a living wage.

What Happens with a Rise in Minimum Wage?

Another concern that has been expressed is that there is an increase in youth unemployment when the minimum wage is increased. After all, if businesses have to pay a higher wage, many of them also want more experience to go with it. They want to feel as though they are getting more value for their entry-level dollar. Young people find it harder to get jobs when the minimum wage heads higher.

Finally, indexing the minimum wage to inflation might cause more problems than it solves. If wages go up, the thought is that prices are likely to rise at some point to reflect that increase. If the minimum wage is indexed to inflation, there is a very real chance of exacerbating this problem.

On the other hand, it has been a long time since general wage growth for the middle class has kept pace with inflation. But boosting the minimum wage is unlikely to make a big difference for those who already make more than minimum wage, but have not seen their pay keep up with prices. 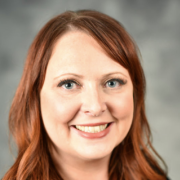 Miranda is a journalistically trained freelance writer and professional blogger specializing in personal finance. Her work has appeared and been mentioned, in various media, online and off. You can follow Miranda on: Twitter