Investing in foreign companies brings unique challenges, including finding a broker that allows you to invest internationally and foreign currency volatility. However, there is a way to invest in foreign equities that eliminates those hassles: ADRs. Let’s explore what ADRs are, why they are used, how investors can benefit from them, and address their most famous (or infamous) segments: Chinese ADRs.

A record-high stock market, rich valuations, and a huge amount of money being printed by the federal government has led investors to look at new options to diversify their portfolio. One of these options is investing in foreign companies.

ADRs, or American Deposit Receipts, were first conceived in the 1920s to help average Americans invest in foreign companies. While it's easy to invest today, back then it was unlikely that the average person would be able to invest abroad.

ADRs are issued on American exchanges such as the NYSE or Nasdaq by banks that have bought the underlying company’s shares on its foreign exchange, and hold those shares in reserve. Companies work with those banks to issue ADRs and get exposure to American markets. ADRs can have different conversion ratios, but the most common is a ratio of 1:1.

An ADR itself isn't a share, but a contract between the buyer and the issuing bank. These contracts are backed by the local shares that the bank owns. After listing, ADRs trade on the secondary market like any regular stock, being bought and sold between investors. As such, ADRs track their underlying shares very closely and, generally speaking, any major difference is quickly arbitraged away.

What Are The Different Types of ADRs?

There are three main types of ADRs and as we will see, it's important to pay attention to their distinctions.

These ADRs are the most basic type with the least amount of oversight by the SEC. Most companies issuing level 1 ADRs either don’t pass the SEC’s minimum qualification or don’t want to deal with the hassle. They only trade on over-the-counter markets (OTC) and foreign companies can't raise capital with them.

Some smaller foreign companies may issue Level 1 ADRs as a means of engaging U.S. investors' interest in their business. Other companies have abused the lax SEC oversight, as we will discuss below.

Level II ADRs are similar to Level I, but there is more SEC scrutiny involved. Due to the increased regulatory requirements, these ADRs often have more visibility and trading volume. Companies can't raise capital with Level II ADRs and trade on the OTC markets as well.

Level III ADRs are of the highest quality. They trade on the major exchanges and prior to listing, the foreign company must submit all of its audited documentation to the SEC for review.

Essentially, these ADRs should be as scrutinized as any regular stock. Additionally, foreign companies can tap into American markets for capital raises through Level III ADRs.

While most ADRs are known as “sponsored ADRs,” there is a minority that falls under the category of “unsponsored.” These are ADRs issued by banks without the participation, and in some cases, the permission of the foreign company.

The banks assume the costs and handling of the original shares, then list those ADRs for their own business rather than working with the foreign company directly. Unsponsored ADRs are inherently more speculative and, by law, can only trade on the OTC markets. Additionally, companies cannot raise money through them and the ADRs do not possess any voting rights.

What Are the Benefits of ADRs?

ADRs offer benefits both for investors and for the company itself. Through ADRs, foreign companies can enter the largest investment market in the world. This is particularly useful for large companies in foreign countries whose capital markets are smaller or less developed.

This doesn’t just apply to emerging markets, which frequently have volatile currencies, but also developed markets facing geopolitical events. A current example would be the recent volatility of the British Pound following uncertainty about Brexit. Either way, ADRs remove one extra headache for investors.

Chinese ADRs: The Elephant in the Room 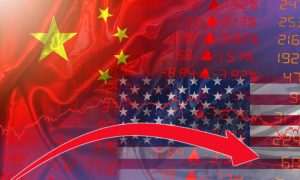 Chinese companies, like any foreign company, also have the option of listing ADRs and many have made use of this. However, Chinese companies have an unfortunate history of fraudulent activity.

The most famous case was the post-2008 reverse merger mania. Covered in a documentary called The China Hustle, many smaller Chinese companies would list on American stock exchanges through reverse mergers, often with near-bankrupt or shell companies that were already listed.

Listing this way allowed many small Chinese firms to avoid SEC scrutiny. Their listings were often pushed by investment banks as a way for investors to get exposure to the “Chinese growth story.” The issue was that most of these small companies were faking their financial reports. What's worse, after subsequent investigations by hedge fund short sellers and the documentary crew, it was revealed that many of these Chinese businesses weren’t active businesses at all. In fact, they were completely fraudulent.

While these companies weren’t ADRs, it set a precedent and created a certain stigma around Chinese companies. The Chinese government refused to prosecute these companies and the SEC was woefully unequipped to deal with the situation.

Fast forward to the present day and we watched an eerie replay of this situation — but this time through a Chinese ADR. The company in question was Luckin Coffee, a highly touted “Starbucks killer” that was bragging about explosive growth rates. 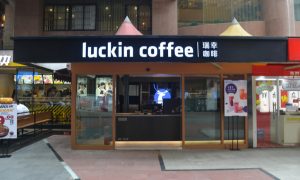 A short seller research firm published a highly damning report claiming that the company was essentially a fraud and was misstating its numbers to be much larger than they really were. After increasing pressure, the management of Luckin Coffee admitted to fraudulent financial reports that were done without their knowledge and subsequently the stock cratered.

This, once again, put the bad business practices of Chinese companies into the spotlight. Worse, Luckin Coffee was no small business at that point and its ADR was widely traded, leading many investors getting burned in the process.

With the reverse merger frauds still fresh in investors' minds, many called for increased regulatory scrutiny of all Chinese listed companies. That, coupled with increased geopolitical tensions between the United States and China, were critical in former president Donald Trump’s executive order which delisted different Chinese companies from American stock exchanges.

That's not to say that every Chinese ADR is a fraud. Almost all of China’s largest and most successful companies — including Alibaba, Baidu, and Tencent — trade on American exchanges in the form of ADRs and have presented great growth for investors. Of course, large companies with an international presence like Alibaba have a much smaller risk of being fraudulent.

What Happens in a Delisting? 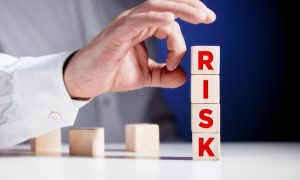 Because the world of foreign equities is so massive, it's impossible to give a one size fits all answer. While you may have been spooked by the previous section about China, almost every major economy has ADRs. In fact, the UK was the first company to list an ADR with its famous retail store Selfridges.

Much of the developed world has stringent accounting and financial regulation that matches the United States. Areas such as the UK, the Eurozone, and Australia are all much less likely to house fraud than smaller, developing nations. They are also more stable jurisdictions in general, leading to less volatility due to geopolitics.

Investing outside of the American market is a great way to diversify. Those who are willing to take on more risk can find it in ADRs from developing nations, which may offer higher growth rates.

China is also going to become an increasingly important part of the global economy as it grows and develops. Investors may benefit from having exposure to the largest economy in the world, but like any investment, it’s worth doing your due diligence and research before you invest.

Another alternative to Chinese exposure is to invest in China-focused exchange-traded funds (ETFs), which buys a basket of Chinese equities while avoiding currency issues. With ETFs, you get the benefit of wide diversification while still gaining exposure to this exciting market.

The Final Word on ADRs

Investors shouldn’t fear ADRs and instead, look at them as a way to simplify investing in good foreign businesses. While Chinese ADRs may catch most of the headlines, there are some terrific, high-quality businesses from developed markets trading as ADRs that can add that extra bit of diversification to an investor's portfolio.

Finally, while China may have its issues, there is no ignoring its huge leading companies which may present their own unique opportunities.