Amid some of the biggest tech IPOs in recent history, the media continues to parrot the phrase “cash out IPO” as if it has some mystical meaning. We hear of early investors, founders, advisors, and directors selling the bulk of their stock to the public markets, effectively “cashing out” by selling their stake to the public on the stock exchanges.

Is cashing out really a problem at all?

Everyone deserves a little diversification. Mark Zuckerburg would be a fool to keep the entirety of his net worth in Facebook. Mark Pincus cashed out big when the company he founded, Zynga, went public. Carlyle partners paid themselves nearly $400 million in cash obtained from a debt issue before taking the company public. (That maneuver is so “private equity.”)

Are these people bad people for selling out?

I like to think about what I would do in their position. If nearly all of my net worth was tied up in a single company, one which I had gave 100% of my time and energy for years, I would have zero problem cashing out some of my stake.

You never know what tomorrow brings. Everyone needs at least some diversification. I cannot imagine being someone like Mark Zuckerburg, one of the richest people in the world, and later losing all my wealth because my company crumbled. So cashing out a billion dollars – or two, or ten – seems to make perfect logical sense.

Executives are Not Boat Capitans

There is no reason why any early investor or founder should have to go down with a ship. Obviously no one wants to see a ship go down. No one wants to be stuck in the middle of an ocean with no way out. But no one should have to put 100% of their net worth in a single opportunity.

So why do we demand that people never cash out?

I have no idea. Absolutely no idea.

I like to think about it this way: any time I buy stock, I buy from someone who is cashing out. If I place an order for 500 Coke shares, I’ll purchase them from someone who wants to cash out his or her 500 shares.

Granted, individual investors are not the same as founders or directors. Whether or not I own shares does not affect the daily operations of the company. It doesn’t affect decision-making, and it does not influence anything that the company does. I’m just a small fish in a sea of sharks. I have no real influence on how the company reports the next quarter of earnings, or how it makes decisions about how to value its inventories. Founders as executives and advisors on the board of directors have a lot of influence on these decisions.

In short, I think it’s imperative that executives own some stock. There should be some motivation for executives to get out of bed each day and go to work to boost shareholder value. A businessman’s net worth should vary based on the decisions he makes for a company. Executives should not be free to walk away free and clear after a few terrible decisions. Stock ownership can hold executives accountable.

I just don’t think it is right to give executives a hard time for selling some of their company. If I sell some of my shares in some company later today, I’ll be cashing out.

What’s so wrong with that? 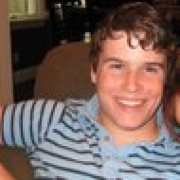 Value investor and writer. There's nothing I love more than digging into new investments that provide an excellent return with the greatest margin of safety. I am a big believer that the active investor can outperform the index in the long haul.