It seems like Bitcoin has dominated headlines month after month. A large part of this is due to the fact that some companies are now using Bitcoin. And some larger companies are even buying the cryptocurrency.

This was unthinkable just a year ago. Even if an executive had wanted to make such a move, the fear of public scrutiny would have likely stopped them in their tracks. So why have companies had a change of heart?

Bitcoin’s price increase between 2020 and 2021 has been nothing short of incredible, starting 2020 at around $7,000 per BTC. The cryptocurrency had a stratospheric rise throughout the year despite a worldwide pandemic, global economic chaos and increased scrutiny since its last rise (Bitcoin peaked previously in 2019 at almost $12,00 and slowly drifted downwards). Bitcoin finished 2020 as one of the best-performing assets in the world. It closed the year at around $30,000 per bitcoin.

Despite the considerable hurdles put in its way, bitcoin has thrived. Many reasons have been given to justify the price range but there are three main ones:

While all of the above reasons may be true to a degree, and even feed into each other, we are going to focus on the last one. We believe that corporate acceptance of crypto has made the largest impact. And it may have paved the way for future wide scale adoption; the other two may be temporary phenomena.

Why Would Companies Buy Bitcoin?

On the face of it, a large company with shareholders taking a portion of its cash reserves — which it must hold in order to meet short-term obligations — and moving them into a volatile asset sounds crazy.

However, the dream of many Bitcoin evangelists came true in August 2020 when Michael Saylor, CEO of MicroStrategy did exactly that. Saylor has become a very public Bitcoin advocate and has openly discussed his corporate decision. MicroStrategy now owns roughly 108,992 bitcoin.

The main factor driving Saylor’s decision was the fear of currency devaluation through central bank policies. MicroStrategy needs to keep cash on hand; while perhaps inefficient, cash is still a stable, safe investment. But by Michael Saylor’s estimations, central banks could possibly cause the dollars in his company to lose 15% of their value per year. Saylor posited that not only was his money doing nothing thanks to near zero interest rates, but were actually rapidly depreciating.

Saylor's solution was Bitcoin. The contrast was clear: while the Federal Reserve printed more money in one year than they had in all the years since the Great Recession, bitcoin has a fixed supply of 21 million. MicroStrategy became a trailblazer when it bought bitcoin and announced it would become company policy to hold a portion of its cash reserves in the cryptocurrency.

The Push Towards Cryptos

There is no doubt that there are many companies dealing with the same issue that MicroStrategy faced. There's an obligation to hold cash at near 0% interest rates, as inflation fears run rampant. This pushes companies into a catch-22 situation.

Another major corporation investing in bitcoin is fintech darling Square. Square’s purchase of the cryptocurrency makes sense given its role as a broker for bitcoin through its CashApp service. But CEO Jack Dorsey has openly stated that Square is buying bitcoin for its treasury reserves as well, echoing Saylor’s views. It has been made clear that going forward, bitcoin will become a central part of Square’s business model.

These two large names may have paved the way for more public adoption or, at the very least, removing some of the stigma for corporations. In fact, a Twitter conversation between Elon Musk and Michael Saylor may have directly led to Tesla’s major purchase of bitcoin for its treasury reserve.

Holding and Transacting With Bitcoin

There are two approaches companies take when it comes to the adoption of Bitcoin. Some companies are buying and holding bitcoin, while others are incorporating it for payments. Companies such as Square are doing both.

This is an important distinction. While both add credibility to Bitcoin, investing company money into bitcoin holds a lot more risk and may be open to pushback from shareholders. Facilitating bitcoin payments however, may be a more palatable approach for some businesses. Square, for example, enjoys high margins on its bitcoin brokerage services.

That's not to say this strategy is risk-free. Many are skeptical about Bitcoin having any use as a medium of exchange due to its price volatility. Tesla may attest to this; the company briefly allowed its cars to be purchased with the cryptocurrency, only to reverse its decision amid environmental concerns from bitcoin mining. Others believe that they ran into payment reconciliation issues with bitcoin’s constantly fluctuating price.

While Tesla has retreated on its bitcoin offering, companies such as PayPal have started facilitating payments through the crypto. Companies such as Visa are signaling their interest in the space as well.

Acceptance of the Financial System

The financial system opening up to vitcoin is possibly the biggest driver of the crypto’s previous price rise. And it may be a strong reason for bitcoin’s price to remain at elevated levels.

The global financial system today is highly interconnected; finances play a key role in the daily operation of all nations and affects practically everyone. If Bitcoin is to become a true asset class, it needs the support of the international financial system.

This support will likely broaden the users of Bitcoin — beyond speculative individuals to large public institutions — and provide the currency with stability. Like most technologies, Bitcoin relies on a network effect, meaning that Bitcoin's value increases with the number of users. Facebook is the classic example of this.

Finally, an asset class can only survive and thrive if deep-pocketed financial institutions are using it somehow. Think about the economics of the gold industry for investment purposes. There is a deep chain of interconnected financial intermediaries working together to create a stable, efficient market for gold. From central banks to investment banks, down to funds and metal dealers. Bitcoin needs this kind of stable institutional infrastructure if it wants to keep thriving.

Thankfully, we seem to be on the cusp of that institutional breakthrough.

Perhaps one of the biggest hurdles in wide-scale adoption of bitcoin is that for most people buying bitcoin seems like a hassle. Due to a few major brokers collapsing, it can also seem like a dangerous endeavor.

In the past, bitcoin couldn’t be bought and sold through a broker like most assets. Instead, users needed to go to specialized brokers and get a bitcoin wallet. Then they need to route and manage their orders through that broker.

That all changed in 2017 when the Chicago Mercantile Exchange (CME), the largest futures broker in the world, began offering bitcoin futures. Because these futures were cash settled (upon settlement, investors receive cash instead of the underlying commodity), bitcoin wallets weren’t needed to get exposure to bitcoin.

Not only did Bitcoin gain the support of one of the most respected financial institutions in the world (CME handles 3 billion contract trades annually) but it also removed a major hurdle for many institutions.

How Companies Can Invest in Bitcoin Without Buying the Crypto

Imagine you're the head of a university endowment fund that wants to invest a small percentage of its assets into bitcoin for diversification. This small holding can be worth hundreds of millions of dollars.

First, from a governance and legal perspective, it may be unclear how such an institution can set up a separate account with a cryptocurrency exchange, keep risk managers updated in real time, send auditors consolidated reports, and generally adhere to the many rules and regulations.

As the head of this endowment, you might also worry about the stability of the broker, and whether it can handle an institutional-sized customer. This is an unnecessary risk not found with other traditional assets.

Following these developments, in rapid succession, the Greyscale Bitcoin Trust, a closed-end fund that would give investors passive exposure to bitcoin, was approved by the SEC. The SEC approval was a watershed moment for institutional acceptance. It likely served as a beacon that public market regulators were ready to integrate Bitcoin.

Coupled with these announcements, BNY Mellon, one of the largest investment banks in the world began offering custodial services for bitcoin. This would solve many of the logistical and regulatory issues that large funds and institutions faced when trying to hold bitcoin.

While the backend issues of financial institutions holding bitcoin got figured out, we saw increased public market enthusiasm for bitcoin-related listings. This includes companies like Galaxy Digital, which focuses on building institutional infrastructure to support bitcoin. There's also Riot Blockchain, which focuses on bitcoin mining and allows retail investors to share in the gains of cryptomining without the hassle of doing it themselves. Riot Blockchain is also listed on the NASDAQ, giving further credit to their listing.

Finally, perhaps the biggest public market entrant from the bitcoin space is Coinbase. Coinbase is one of largest cryptocurrency brokerage services. It is also the first major cryptocurrency brokerage to have a public listing. Proving the public markets enthusiasm for all things bitcoin, Coinbase’s IPO was given a reference price of $250 a share and upon open, shot up to $381. Coinbase’s market capitalization on IPO was $86 billion, a number unthinkable just a few years ago.

What Does This Mean Going Forward?

Institutional adoption of Bitcoin creates a virtuous cycle leading to higher total adoption and, with it, more stability to the whole network. What we are seeing is still in the early innings. While some major names openly support Bitcoin, they still make up a fraction of all financial institutions.

However, deeper ramifications remain. Consider Tesla, which makes up a large chunk of the S&P index holding bitcoin on its balance sheet. Passive index investors who invest in the S&P 500 are now indirect holders of  bitcoin. This may seem far-fetched, but consider that Tesla over the last year has seen high correlation with the price of bitcoin, and Tesla in turn, has an impact on the S&P 500’s price.

Many questions still remain with the rate of adoption. In a Gartner report asking 50 CFOs whether they planned to hold bitcoin, only 5% responded positively. Likewise, we have yet to see if shareholders may revolt against such policy moves by companies.

Either way, Bitcoin has crossed the institutional hurdle, which has likely given it much more staying power than ever before. 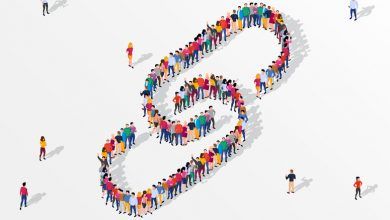 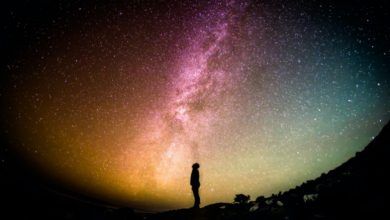