Bitcoin has long drawn together an eclectic crowd. It attracts libertarians, tech connoisseurs, corporate CEOs and internet vagabonds. Each person has their own reasons. But many of these reasons revolve around a central tenant: Bitcoin serves as an attractive alternative to the status quo.

Many people consider 2021 as the year bitcoin began to cross over to the masses. Large corporations such as MicroStrategy and Square publicly stated they will hold bitcoin on their balance sheet. And Ecuador made bitcoin one of its official currencies.

But with all this institutional adoption also comes increased scrutiny over the facets of Bitcoin that have long brought complaints: the lack of any real oversight. This came to a head with China's ban of cryptocurrency mining. The ban has raised the concern: What is the future of bitcoin, as it comes to regulation?

Why Bitcoin Is Not Regulated 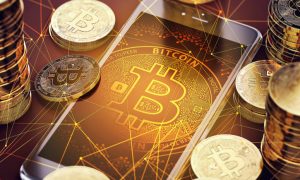 Satoshi Nakamoto, the anonymous creator of Bitcoin, released his cryptocurrency white paper in 2008. He envisioned a decentralized currency free from the machinations of any single county's government or central bank.

He achieved this by creating Bitcoin, the first currency that was entirely decentralized. To put this in perspective, consider the times the U.S. adds money to the economy. It does so through the Federal Reserve. But the Fed is an organization with a committee that receives little oversight from the federal government.

That is to say that the biggest defenders and users of bitcoin are vehemently against Bitcoin regulation.

Further Reading: How to invest during inflation

Should Cryptocurrency Be Regulated?

Despite the attractiveness of an international currency that is not beholden to any one country, Bitcoin is not without its share of scandals.

Both of these reasons increased regulators' skepticism of the cryptocurrency. 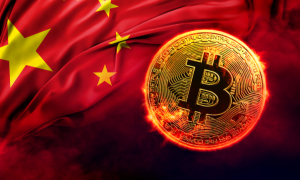 In 2021 China shocked the crypto world by unveiling a slew of new regulations and crackdowns specifically targeting the bitcoin mining industry. This affects bitcoin because China contributes half of all bitcoin mining, mainly thanks to cheap power and legal gray areas that make it easy for large-scale bitcoin miners to operate.

These measures include outright bans on crypto mining. They come as a response to what the Chinese State Council views as risks to its own financial system. The council claimed that the Chinese public was at risk from speculative mania in cryptocurrency. The council also pointed out that the anonymous nature of bitcoin makes it easy to facilitate money laundering and other schemes.

How Will This Ban Affect Global Crypto Trading? 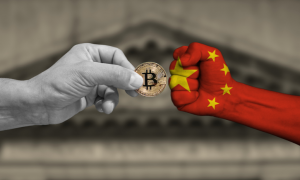 Cryptocurrencies were originally popular in China as a way for individuals to get around the authoritarian regime of the Chinese Communist Party. And the country later became a haven for crypto mining despite pressure from the government.

Mining is an integral piece of the currency's stability and continued health. Mining allows bitcoin to operate in its decentralized manner (More about it Read our Blockchain 101 guide for more information). With that said, it's no surprise that whenever there is a regulatory shock in China that concerns mining, bitcoin often takes a dive.

We're not too worried about the miners. And we believe it's a good thing that there is no concentration in one geographic location. Now miners across the world will be able to compete in a decentralized manner, just as it should have been from the beginning.

Popular mining destinations such as Iceland rely on their country's natural cold to provide cooling for the many computers that mine bitcoin. This has the benefit of also being a lot more environmentally friendly than the coal used for much of China's power. 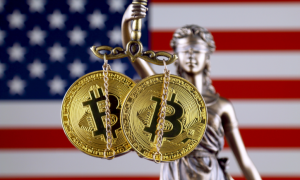 The U.S. government also enacted cryptocurrency regulations in 2021. Now any cryptocurrency transaction of more than $10,000 must be reported to the IRS. And you have to pay taxes on your crypto profits. Many see this as the first step in an attempt to assert more regulatory control on crypto assets.

The regulatory stance that the U.S. chooses will prove to be of vital importance for bitcoin's future, but not for the same reasons as in China.

China was important due to its high concentration of mining power. The U.S. is important because it houses the most influential economy and government in the world. This affects bitcoin in two ways.

While not as large an economy as in the U.S. or China, Japan's economy is also shaping up to be an important bitcoin player. Out of the major economies of the world, Japan has one of the most progressive regulations when it comes to bitcoin. Japan recognizes cryptocurrency as an official legal tender.

How Crypto Regulation Affects You as a Trader 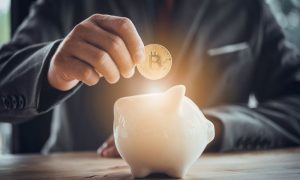 All of these regulatory moves impact your crypto portfolio. After news of the Chinese regulatory sweep against bitcoin mining, bitcoin fell below $30,000, half the price it hit the previous month.

Bitcoin still is very much a volatile asset, both to the upside and downside, which is why it is so important for traders to keep up to date with these events. Many of these regulatory measures also act as foreshadowing for further, more serious regulatory action.

China is a great example of this. They began regulating cryptocurrency in 2017 when the government banned any locally based crypto exchanges.

Clearly, this served as the first step in the more drastic actions we are seeing today.

But it's not all doom and gloom. Despite these major roadblocks, Bitcoin hasn't seen any disruption in its service. This proves the power of its decentralized structure. Additionally, many Bitcoin experts see that the lost mining potential will simply migrate elsewhere.

Traders worried that this regulation could spell the end for cryptocurrency trading should pay attention to one of the most important factors that stabilize any asset: institutional adoption.

As mentioned, we are seeing more institutional adoption than ever when it comes to bitcoin. And regulation may just be the push that institutions need to see before investing. More institutional use leads to more buying and a much more stable and healthy long-term outlook.

Possible Side Effects of Crypto Regulation

Like with most things in life, nothing here is black and white. Many view all regulations as pure evil. But the truth is that some good can come from it in the end. Here are some of the biggest pros and cons of regulation in the crypto space.

Today, the cryptocurrency regulatory regime is still beneficial. While the crypto world is an exciting place, it doesn't instill the confidence needed for cryptocurrencies to be accepted and adopted by the mainstream.

That being said, government regulation can quickly get out of hand. And though today's regulations may support bitcoin in the long term, there's nothing stopping tomorrow's regulation from actively harming it.

As with any new technology, investors need to be vigilant and understand that adoption comes in waves. These waves can rise and fall drastically but can ultimately be rewarding. My advice is to hang on as bitcoin looks like it's here to stay. 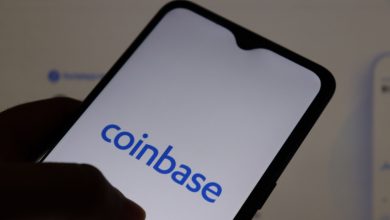