Space is the next frontier — and it’s no longer the sole domain of nations and government-sponsored space programs. The last few years have seen an unprecedented number of private companies take to the skies, from notable blast offs like SpaceX’s first privately funded rocket to reach orbit around Earth to Amazon’s Jeff Bezos heading into space aboard his Blue Origin rocket.

The industry is growing. According to a report from the Space Foundation, the industry has ballooned to $469 billion in 2021. That growth represents a 9% increase from 2020, and the commercial sector made up about 6.4% of that revenue growth.

We need only look at the titans of the industry to get a sense of the growing space: SpaceX has announced the development of their largest rocket yet, the Starship, a fully reusable, heavy-lift launch system with the highest payload capacity of any orbital rocket ever built. Virgin Galactic has promised that the first commercial space flight will be available in early 2023.

All signs point to a skyward trajectory for these companies and others in the industry.

Is Now the Time to Invest in Space Stocks?

While you won’t be able to scoop up shares of Blue Origin or SpaceX stocks anytime soon — both organizations are not publicly traded — there are still plenty of opportunities to invest.

There are several space stocks worth considering as an addition to your portfolio. These stocks encompass a variety of companies that specialize in industries related to space exploration, from satellite launching, to communications — and even lasers.

Plus, if investing in individual securities isn't quite your speed, there are also a few ETFs that can give you broad exposure to the space exploration industry without the pressure of stock picking.

Certainly, at least when it comes to space, the sky has no limit. 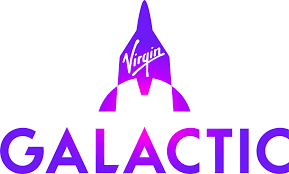 Virgin Galactic is the brainchild of British billionaire and entrepreneur Sir Richard Branson. The company was founded in 2004, making it older than most organizations on this list, and it operates in New Mexico, USA. The company went public in 2018 via a special-purpose acquisition (SPAC) and had its first fully crewed flight in July 2021. The crew included Branson, who made headlines for beating Jeff Bezos, founder of Amazon and owner of Blue Origin, to space.

Virgin Galactic has its eye on space tourism and has promised commercial flights. But so far, they’ve been delayed until the first quarter of 2022. This isn’t their first delay, and issues with timelines (or, should we say, failures to launch?) have sent the stock price tumbling.

The company cited supply chain crises and labor constraints for the delay. Still, when competitors like SpaceX and Blue Origin have already launched civilian missions, that reasoning hasn’t done much to assuage investors. That said, there’s still a buying opportunity here, as Virgin is likely to turn things around, given their previous success. 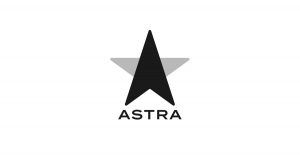 Astra Space Inc. is an American launch vehicle company based in Alameda, California. The company was founded in October 2016 by Chris Kemp and Adam London. The company has 324 employees and was incorporated in 2020.

After launching an investigation into what went wrong, the company has announced contracts with launch services providers and have stated plans to offer daily launches by 2025.

Mynaric AG is a manufacturer of laser communication equipment for airborne and spaceborne communication networks (also known as “constellations”).

Mynaric AG was founded in 2009, and its headquarters are in Munich, Germany. They also have a USA subsidiary called Mynaric USA.

Mynaric AG makes optical ground stations, air-to-ground, and air-to-air terminals. They also specialize in long-distance wireless data transmission between moving objects both on the ground and in the air.

Going forward, Mynaric AG has been selected as a key development partner for Phase 1 of the Space-based adaptive communications node (Space-BACN) program, administered by the Defense Advanced Research Projects Agency (DARPA), part of the U.S Department of Defense. The end goal of this program is to develop a low-cost communications terminal that can use existing satellites to communicate.

Earnings-wise, Iridium Communications is posting strong numbers. The company recently reported a 17% jump in billable subscribers, which has translated to a 41% jump in equipment sales compared to the year before, and a projected service revenue growth of 5% to 7% from 2021.

Founded in 2006, Rocket Lab USA Inc. is headquartered in Long Beach, California and operates electronic orbital rockets, which do dedicated launches for small satellites. So far Rocket Lab USA Inc. has launched 100 satellites into orbit, distinguishing itself for having the best U.S. launch record, after SpaceX.

From a financial perspective. Rocket Lab USA is in a good position. The company estimates 35% to 40% in revenue growth profitability. While some competitors are struggling with finances and supplies due to Russian Sanctions, Rocket Lab USA has $441 in net cash and has been relatively unaffected by supply disruptions.

Unlike other companies on this list, Lockheed Martin Corp. is not a newcomer. This company was founded in 1995 and works in the aerospace, defense, and information security industries. The company is headquartered in Maryland, near Washington, D.C.

Lockheed Martin is best known for their fighter jets, with the F-22 Raptor and F-35 Lighting — a jet you might have recognized from Top Gun: Maverick.

If you’re looking to bet on a company with a long track record of performance and a diversified portfolio that includes more than space exploration, Lockheed Martin is a good choice. Lockheed Martin reported nearly $15 billion in revenue in its most recent quarterly update, and just $2.5 billion of that came from the space division. Lockheed Martin also issues dividends, which you won’t find with any of the other companies on this list.

That being said, if investing in weapons and defense goes against your socially responsible investing values, this is definitely a company you’ll want to back away from.

Other Ways to Invest in Space Exploration Companies

Suppose you want to invest in space exploration companies, but you aren’t interested in maintaining a portfolio of individual securities. In this case, choosing an all-in-one option like an exchange-traded fund (ETF) or a mutual fund.

Here are several ETFs that you can purchase to increase your portfolio’s exposure to the space exploration industry.

Space exploration is an exciting industry, but it’s not for everyone. We’ve broken down the pros and cons below so you can decide for yourself.

The Takeaway: Should You Invest in Space Exploration?

Is investing in space exploration a good idea? To answer that question, you’ll need to consider the goals of your portfolio and your risk tolerance.

Space exploration as an industry is growing rapidly, but most of the companies involved in this industry are quite young and their stock prices are susceptible to massive swings based on the success or failure of their projects.

If that kind of volatility makes you queasy, then maybe you should avoid investing in space exploration. However, if you're looking to shoot for the stars (literally) with a small portion of your overall portfolio, space investing may just be the right fit for you. 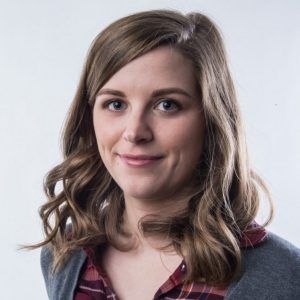