Every decade can be defined by a financial innovation that was central to markets during that period of time. In many ways, these financial instruments act as the background fuel for whatever economic and financial growth is going on. The 1980s had junk bonds. The 1990s had tech initial public offerings (IPOs). The 2000s had CDOs with mortgages. And now the 2020s may be the dawn of a new entrant: the SPAC.

The use of SPACs, or Special Purpose Acquisition Companies, accelerated significantly in the aftermath of the coronavirus pandemic. SPACs are in high demand. And each quarter sees a new record amount of money raised through them. Well known investors are also jumping onto the bandwagon. For example, Bill Ackman, hedge fund manager for Pershing Square Capital raised the largest SPAC in history thus-far.

But many still do not fully understand what a SPAC is, what purpose it serves or where it came from. Read on to find out more about Wall Street's new hot commodity.

What Is a SPAC?

Contrary to popular belief, the SPAC is not new. In fact, SPACs have been around for decades.

A SPAC is often referred to as a “blank check company.” A SPAC raises cash from investors for one reason and one reason only: to acquire a company. The SPAC is managed by what is referred to as a “sponsor.” The sponsor originally was someone with intimate expertise in a specific industry. But nowadays sponsors can be investors, hedge fund managers or local experts.

A sponsor announces the SPAC after investing his own money. The SPAC then raises the majority of funds from the stock market by listing on an exchange. By law, a SPAC cannot have any operations. So it is generally an easy and painless experience to get listed on the stock market. However, once it is listed, the sponsor has just two years to get a deal done or it must return all of the money to the investors.

To avoid lengthy disclosure laws, the SPAC does not disclose its acquisition target ahead of time. This means that investors investing in a SPAC do so based on their belief in the sponsor's ability to choose a viable acquisition target. Once an acquisition is made, the new companies merge and are listed on the exchange in a SPAC IPO — with the acquired company replacing the SPAC.

Originally, industry insiders used SPACs for takeovers of old-world industries such as industrial businesses. But they have lately become more popular, especially in the tech world. Virgin Galactic's listing via SPAC (discussed below) is a shining example of the success of SPACs.

However, there are downsides to the SPAC process, which we will cover later on.

Investing in a SPAC is quite similar to investing in any individual stock on an exchange. All you do is sign into your broker account, type in the SPAC ticker symbol, and indicate how many shares you want. If you don't have a broker account, here are our favorites:

First, you need to find a SPAC. While the special purpose acquisition world isn't as huge as stocks, it is rapidly growing. Thankfully, there are SPAC-specific resources available, such as websites that list them. On these, investors can track current and upcoming SPAC launches.

Financial media also mention them, as larger SPACs by famed sponsors often get a lot of attention.

When a SPAC announces its capital raise and is listed on the exchange, its shares usually begin trading at $10 dollars a share. But once trading begins, this price can vary wildly with supply and demand. This also means that there are situations where SPACs can be trading at a discount or premium to their list price.

2. Wait for the Big Announcement

The next stage involves waiting. As a SPAC can't actually do something until it announces an acquisition, investors must wait for a said announcement.

The SPAC puts out a prospectus. But how much detail the company includes is at its sole discretion. At this stage, investors have a choice to make. If an investor likes the sound of the merger, all they have to do is hold on to their shares. The shares will be converted into shares of the newly merged and listed company. If the listing goes well, investors stand to make a goodly amount of money long term, since they got in at a “ground floor” price.

If an investor disagrees with the acquisition or its execution, they can sell their shares on the open market before the planned merger date — locking in a profit or loss.

First, it's a space tourism company. Virgin Galactic is so far the only public stock that deals in the space tourism sector. Current competitors include Elon Musk's SpaceX and Jeff Bezos's Blue Origin — both of which are private.

Second, it was one of the highest valuations for a SPAC at the time, at $800 million. The SPAC, called Social Capital Hedosophia Holdings, was formed in September 2017. It announced the deal in July 2019. After the announcement, Hedosophia and Virgin Galactic merged and was listed under one entity with the Virgin Galactic name. The company went public on October 28, 2019.

The large amount of capital and the high-tech niche was enough to attract many eyes to the SPAC process. Many consider the Virgin Galactic IPO as a watershed moment in SPAC history. It paves the way for further large tech-focused SPACs.

Why Would Founders Prefer SPAC IPOs?

Some companies prefer this method to a standard IPO for a few reasons.

Many founders today want more control of the IPO process. For many, the “roadshow” of the traditional IPO model is often completely orchestrated and managed by investment banks that may not fully appreciate the business as much as the founder.

In other situations, the company may not even need all the marketing efforts of the traditional IPO roadshow. This is generally true for large and famous private companies that are already widely known to the public. They clearly don't need to bother with making presentations and convincing large institutional investors to buy their shares.

A great example of this is Bloomberg, a financial news company that is well known and respected the world over. Owner Michael Bloomberg has repeatedly shown disinterest in a traditional IPO. Yet rumors state that he may be more open to a SPAC IPO instead.

Why Do Investors Love SPACs?

So what is it about SPACs that have gotten investors so excited?

The Risks of SPACs

Despite the enthusiasm, SPACs aren't a free lunch and as with all investments, caution is advised.

Ardent fans believe that this new way of taking companies public will replace the traditional IPO model. Many companies and institutional investors such as pension funds prefer the more traditional IPO approach, so IPOs are unlikely to disappear. But no doubt, SPACs are giving startups a new option.

In fact, hedge funds are only beginning to catch on to SPACs. We mentioned in the beginning of the article that Bill Ackman raised a record-setting amount for his SPAC. Chamath Palihapitiya, former Facebook exec and famed venture capitalist, successfully raised four SPACs. And Japan's famous investor Masayoshi Son also announced SPAC raises.

SPACs seemingly came out of nowhere. The question on many people's minds is whether they will disappear just as suddenly. 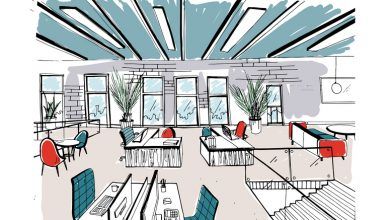 Pre-IPO Investing: Can You Make Money Investing in Pre-IPO Stocks? 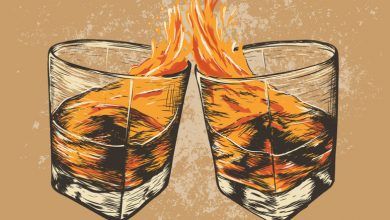 How to Invest in Whiskey and Other Spirits: Beginner’s Guide