Spatial computing is an umbrella term that includes GPS, VR, AR, and virtually any tech or tech-y acronym that involves location data.

From self-driving cars to geo-targeted advertising to VR twins of real-world spaces to AI that improves crop yields, spatial computing is set to revolutionize every industry with a microchip.

So which companies will win the “spatial race?” Let’s explore the five best spatial computing stocks to buy in 2022.

An investment in Meta Platforms is practically an investment in spatial computing itself. That’s because the company seems to have issued a blank check to Reality Labs, its in-house AR/VR developers, who scribbled “$10.3 billion” on it last year. In total, Reality Labs has spent $21.3 billion of Meta’s money since 2019.

At Connect 2021, Zuck proudly took to the stage to unveil what the company’s eleven-figure investment would bring to the world — VR marketplaces, classrooms, concerts, and conference tables — all seamlessly interconnected.

But investors weren’t impressed. In Q1 2022, they wiped $251 billion from Meta’s market cap, awarding Zuck with two ignominious records: the largest one-day crash and largest overall wipeout in market history. Granted, it wasn’t all Meta’s fault — many blue chips suffered as bearish investors fled to the relative safety of the bond market — but still, ouch.

So why is Meta worth considering now?

Well, let’s not forget that Meta still has 3.64 billion monthly users and brought in $118B in revenue last year. It’s still a sturdy blue chip; it’s just being punished right now for some perceived overspending.

Besides, if Meta’s big bet on the metaverse pans out and the company gets a first-mover advantage, anyone who bought shares under $200 will soon feel vindicated.

and if the metaverse doesn’t quite pan out the way Zuck hopes? Well, hey — Microsoft poured $9.4 billion into the failed Windows Phone back in 2013. And share prices have since risen 1,000%.

Sunnyvale, CA-based Matterport has had a rough go since its IPO in July 2021. After merging with a SPAC (special-purpose acquisition company), shares of MTTR hit the market at $13.70 a pop. They reached a peak of $32.38 by November.

However, a disappointing Q4 earnings report — coupled with recession fears and supply chain woes — caused the stock to plummet nearly 90% to $3.84 by July. As always, the “R word” spooked investors away from speculative tech.

But 90% seems like an egregious overcorrection, especially considering the gargantuan potential of what Matterport offers. See, Matterport’s slick, proprietary technology lets you take photos of a 3D space and convert it into its “Digital Twin.” Watch the first seven seconds of this video to see what that looks like.

And if you’re worried about Matterport becoming the next Nikola Motors (i.e., all smoke and mirrors), don’t be. As indicated by their Q1 2022 earnings report, Matterport has already converted over 22 billion square feet in 177 countries into their digital twins.

Don’t let the company’s rustic image and Cracker Barrel merchandise fool you. John Deere is a bleeding edge tech pioneer. The $90 billion agricultural titan is widely considered a leader of the “fourth industrial revolution,” spending an average of $1.688 billion on R&D yearly since 2018. For comparison, Toyota’s average annual spending on automation and robotics R&D is “just” around $200 million.

Much of that nearly $2B in spending has gone to developing and implementing spatial computing solutions like AI, robotics, and even quantum computing. The end goal is twofold: increase manufacturing efficiency and global crop yields.

Overall, the company’s big R&D budget and voracious appetite for innovation (when global farming really needs it) make it a compelling “buy” for both ESG and spatial computing investors — especially now when supply chain woes have put shares “on sale.”

It should come as no surprise that chipmaker titan NVIDIA poured much of their immense pandemic-era revenue into spatial computing solutions.

Namely, they’re developing a photorealistic VR solution that's easy to stream via a 5G connection As they put it themselves, “NVIDIA CloudXR is an advanced technology that gives XR users the best of both worlds: the performance of NVIDIA GPUs with the mobility of untethered all-in-one head-mounted displays.”

CloudXR also has vast applications beyond making the new Call of Duty game feel even more immersive. “Streaming XR over 5G from the cloud has the potential to enhance workflows across industries significantly.”

While I’m sure CloudXR will make waves, NVIDIA’s in-house spatial computing projects actually have little to do with why the company made this list. Instead, it’s the number 83.

As of Q4, 2021, NVIDIA dominated 83% of the global market for discrete graphics processing units (GPUs). These are the same GPUs that will power virtually every piece of spatial computing hardware into the next century, from Swiss supercomputers to autonomous vehicles.

In short, the next tech gold rush is here, and NVIDIA supplies 83% of the shovels. Sure, they may innovate better mining techniques in their spare time. But even if those flop, they’ll still sell a ton of shovels.

As of July 2022, Yahoo Finance ranks Google as highly undervalued — with a 34% estimated return. And at first, it’s not easy to see why.

Things were looking bullish in 2021 when a renaissance of digital advertising drove Google’s share price up 65%. But the euphoria has since cooled off, and the blue chip of blue chips has fallen 26.7% from its pandemic-era peak with no signs of a quick turnaround.

Amazon is seizing market share in the ad space. The Department of Justice is hounding the company for antitrust violations. Even a pending stock split has garnered little fanfare — not all that surprising since small-cap investors have been trading fractional shares of Alphabet for years.

So why is Google currently undervalued? Because underneath the surface, the Kraken of Big Tech is spreading its many tentacles deep into the spatial computing space.

Google Maps has laughed off competition from Apple and Waze, retaining 70% market share. Heck, the company hasn’t even given up on Waymo, its troubled self-driving project, announcing a fresh $2.5 billion investment round in June 2021. And if Google’s possibly-sentient AI is any indicator, the company is years ahead of its competitors in the applied artificial intelligence space.

As a result, investing in Alphabet in 2022 isn’t unlike buying shares of a spatial computing ETF.

Should You Invest in Spatial Computing Stocks?

Well, you’d be hard-pressed not to.

After all, spatial computing is hard for companies and investors to ignore. Tossing location data into the mix makes everything run a little more efficiently, from automated cars to advertising.

That being said, hardcore ESG investors may feel conflicted. If you’re the kind of person who constantly switches location data to OFF on your Android apps, you may find investing in people-tracking technology troublesome.

Or, you may simply prefer to invest in spatial computing stocks that aren’t focused on testing the boundaries of privacy. Deere, for example, is using spatial computing pretty innocuously — to improve welding and crop yields. And with so much revenue generated from chip sales, NVIDIA doesn’t seem interested in harvesting and selling your personal data.

Other Ways To Invest in Spatial Computing Companies

If you’re considering an investment in spatial computing — but your risk tolerance makes you less keen on purchasing individual assets – here’s a (conceptually) safer investment to consider:

ETFs, as you recall, are like baskets of stocks you can invest in all at once. And while no one’s launched a spatial computing ETF yet, the next best thing might be an information technology ETF like the Vanguard Information Technology ETF or the iShares U.S. Technology ETF.

Whether you’re bullish or bearish on the spatial computing gold rush, one thing’s certain: somebody will sell a lot of shovels to the companies doing the digging.

If shares of NVIDIA appeal to you, consider a chipmaker ETF like the VanEck Semiconductor ETF or the iShares Semiconductor ETF. This could be an even smarter decision now that the CHIPS and Science Act of 2022 has been passed which will provide $52.7 billion to boost chip production in the U.S.

Spatial computing is here to stay. The only question left is who will emerge as the winner(s) of the spatial race. And the numbers indicate an early lead for the five companies listed above. 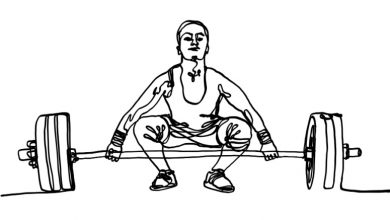 What Is the Barbell Strategy? Definition, Examples, Pros & Cons 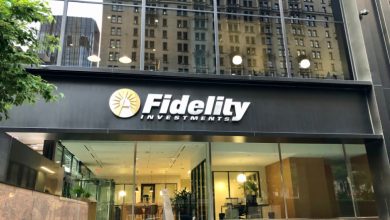 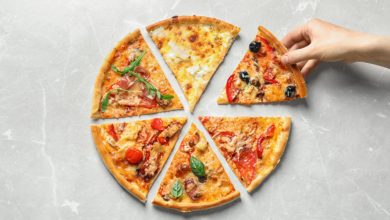 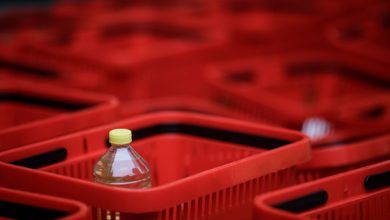 December 1, 2022
Editor’s Note
You can trust the integrity of our balanced, independent financial advice. We may, however, receive compensation from the issuers of some products mentioned in this article. Opinions are the author's alone, and this content has not been provided by, reviewed, approved or endorsed by any advertiser.