Many of us don’t think too hard about the food we’re eating. In fact, we go out of our way to find the easiest option that takes us the least amount of time. It's understandable, considering how busy our lives can get.

However, this way of thinking has perhaps caused many of us to lose the understanding of how we get our food. It’s hard to remember to thank Mother Earth for her magnificent bounty when we’re being slipped a family-sized meal through the window of our car.

Although it’s way too easy to forget this, the fact is much of the world relies on factory farms for their protein. The production of meat in particular accounts for 60% of the greenhouse gasses released into the atmosphere each year. In an effort to combat meat-related emissions and other concerns, an unexpected solution has come forth: Insects.

Yup, that means bugs, grubs, beetles, mealworms, and flies are all being turned into a very valuable and sustainable source of protein. Let’s talk about a few companies that are leading the charge in creating these insect-based food options.

What Is Insect-Based Food?

This market is currently expected to grow exponentially in the coming years. Huge multinational corporations Cargill and McDonalds have both started feeding their livestock and chickens with insect-based feed.

By 2030, the global edible insect market is predicted to reach $9.6 billion.

With an ever-increasing population and the rising emissions related to protein production, more and more experts have been sounding the alarm that the way we consume food isn’t sustainable.

The damage of meat production alone to the environment doesn’t just include the methane emitted by the animals themselves but also the land and water needed to produce feed for livestock and grazing areas — resulting in rapid deforestation.

Insect-farming, in comparison, requires much less water and land and produces far fewer emissions than their mammalian counterparts. Insects as a protein can also supply the same or more nutritional value.

You’ll find edible insects such as mealworms, crickets, black soldier flies, and beetles, all over the world, in many cultures which have long embraced the nutritional value inherent in insects. However, insect-based food has been slow to catch on in the western world. That said, you can find a variety of different forms of insect-based products in the U.S. and globally.

A few of these include insect-based:

Insect-based startups may create these products themselves, often sourcing insects from reputable sources around the world. Or they may manufacture the automated technology required to make these products.

This market is currently expected to grow exponentially in the coming years. Huge multinational corporations Cargill and McDonalds have both started feeding their livestock and chickens with insect-based feed. Europe’s insect protein production is expected to balloon to 1.2 million tonnes by 2025. And by 2030, the global edible insect market is predicted to reach $9.6 billion.

Related>>What’s the Difference Between Ethical and Sustainable Investing?

Perhaps one of the best-known companies in the insect-ingredients industry is Ÿnsect. Ÿnsect creates innovations that help them produce animal, human, and plant food made out of mealworm beetles. They’re a France-based company started in 2011 by four co-founders who are scientists, mathematicians, lawyers, and environmentalists.

While predominantly based in Europe, Ÿnsect also operates one of the largest mealworm facilities in Nebraska. While they’re working on expanding their reach, especially in the U.S., the company has raised a $425 million from investment funds, banks, and other public institutions.

Founded in 2010 and based in Oklahoma City, All Things Bugs was a U.S. pioneer in the insect farming industry. Bill and Melinda Gates Foundation grants provided the initial funding for All Things Bugs. Since then, it's received over $5 million in research funding from various agencies, including the United States Department of Agriculture (USDA).

Currently, All Things Bugs has one premiere product – Griopro® Cricket Powder. The company says that the powder has a neutral aroma and can be mixed into a wide variety of food and drinks including pasta, tortillas, shakes, smoothies, baked goods, bars, cereals, and many more products. Griopro® is available to both retail and wholesale customers.

All Things Bugs has received a patent for its Griopro® processing technology. The company's website also says that it's developing equipment that will help it to automate the entire insect farming process from feeding to harvesting.

Mighty Cricket is a St. Louis startup that sells protein powders, chocolate bars, and oatmeal made from cricket flour. Cricket flour, made from ground-up crickets, offers the same nutrients we get from meat, like B12, iron, and chitin — but at a fraction of meat’s carbon footprint.

Founded in 2018 by a former food industry worker, Sarah Schlafly, and a small group of foodies, the company is looking to provide an affordable source of protein that’s healthy for humans and the planet. The company sources its crickets from Thailand, processes them in its small St. Louis factory, and all of its packaging is made from post-consumer recycled plastic.

Grubbly Farms, as their name suggests, makes their products from grubs — specifically, the larvae of the black soldier fly. Currently, they only make dog food and feed for backyard chickens. Again, the focus here is on protein and creating a protein source that uses less water and produces less carbon dioxide. The grubs that they farm feed on recovered food waste — to date, the company has recycled over 13 million pounds of food waste.

The company was founded in 2015 by two Georgia college students, Patrick Pittaluga and Sean Warner, in their dorm and continued through backyard farming. Over the past few years, they’ve expanded their operations through partnerships with different farms across Canada and the U.S. They hope to help meet demand in the surging pet food market, which is expected to grow to $113.9 billion by 2026.

Hey Planet is a Danish company that creates food products out of buffalo beetles and crickets, locally sourced from The Netherlands and Canada. They make meat substitutes, protein bars, and chocolate-covered crickets. Their products are available online, and in select stores in Denmark.

The company was started by Malena Sigurgeirsdottir and Jessica Rose Buhl-Nielsen. Sigurgeirsdottir is a Dane who spent her teens in a small village in Tanzania which has a long establish history of eating crickets. She and Buhl-Nielsen are both firm believers in the immense benefits — both health-wise and environmentally — that insects can provide.

The company was started in a very Canadian fashion: After founder Phil Poirier came to the realization that insects could help solve a global food crisis, he told future co-founders Paul Shenouda and Mat Poirer all about it while they were playing hockey.

In addition to making dog food and treats out of insects and food waste, Wilder Harrier has created a new line of products made from the Asian carp, an invasive species of fish that threaten native fish populations in local Canadian waterways.

Beta Hatch is a U.S. tech and production company that utilizes automated technology to create soil and animal food from mealworms for agriculture purposes. Their whole mealworms, mealworm oil, and mealworm meal can be used to feed chickens, cattle, commercial fish and shrimp, and even some dogs.

Their mission is twofold: Sustainability and the creation of innovative tech that can help propel the insect protein industry forward. The company has created a completely sustainable process, with their beetles only requiring 2% of the water that other types of protein require.

With investments from leading agriculture venture funds including Lewis & Clark Agri-Food and Cavallo Ventures, Beta Hatch is in the process of building the biggest mealworm farming facility in North America.

Learn about VCs>>What Is Venture Capital Investing – and How Can You Do It Too?

Pros and Cons of Insect-Based Foods

There is great potential in insects. They’re a vital option for a world that faces a lot of food insecurity for humans, pets, and livestock. That said, it's too early to tell if they're a perfect answer to the growing problem. Here are the pros and cons of the insect-based food movement.

Who Should Invest in Insect-Based Food Startups?

Most people (with the exception of vegans and vegetarians) can benefit from eating insect-based food. But certain groups may benefit more than others. If you fall under the groups below, you might be interested in investing when the time comes.

Since insect farming startups rely on private capital for funding, there are limited options for individual investors looking to chip in. That said, SRI investors should consider investing in sustainable agriculture ETFs as a whole, which may eventually support the insect-based food industry.

These ETFs can give you exposure to companies looking to create sustainable methods of food production. Here are a couple of popular options with some very a-moo-sing ticker symbols:

Many of the insect=based food startups were started with the help of farmers or even by farmers themselves. Farmers can benefit most from this new way of producing food. They can feed their livestock and poultry with insect-based food. And they can also produce this feed, using much less land than traditional feed.

Insects have been eaten in African, Asian, and Latin American countries for hundreds of years both for health benefits and simply for the delicious flavor. Insects are an incredible source of protein, B12, iron, fiber, zinc, and more. Albeit surprising to some, healthwise they are a great option.

Many companies have turned their attention to a less picky clientele: Pets. Companies like Wilder Harrier and Grubbly Farms have started making a nutritious alternative to traditional pet food. Instead of processed meat, the main source of protein is insects, often mealworms.

Insect farming companies have started popping up in the last five to 10 years as global concerns about food consumption rise. These startups produce food for both people and animals using insects as the main ingredient.

As the population grows, food production needs to grow as well. Insects provide a way to achieve this production in a more cost-efficient, environmentally-friendly way.

Hungry for more? It's a good time to dine out on these agriculture-related investments>>

Christopher Murray is a personal finance writer and editor who focuses on making content engaging and understandable for all generations. In addition to Investor Junkie, he has written for sites like Money Under 30, U.S. News, Money Geek, MoneyWise, and more. When not writing financial content, you can find him reading (or attempting to write) a good book or hiking with his husband and their dog. 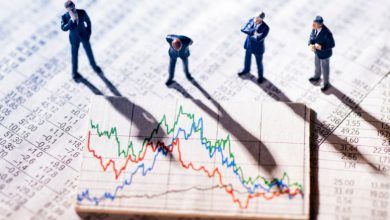 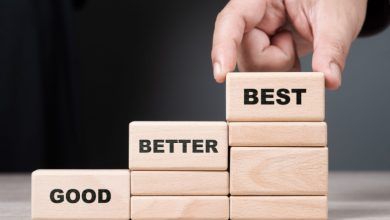 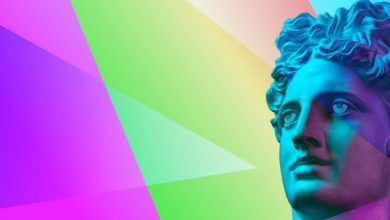 What Are Option Greeks? (And How to Use Them to Minimize Risk) 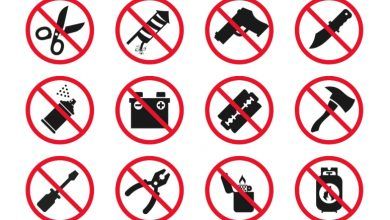 What Are Sin Stocks?

October 6, 2022
Editor’s Note
You can trust the integrity of our balanced, independent financial advice. We may, however, receive compensation from the issuers of some products mentioned in this article. Opinions are the author's alone, and this content has not been provided by, reviewed, approved or endorsed by any advertiser.