Johnny Depp, Hollywood's fifth highest-paid actor, made headlines in June 2017, not for taking home a top prize at Cannes or being photographed on the beach with a topless model, but because a lawsuit filing revealed that — despite the millions he commands per movie — his finances are a mess. In short, Jack Sparrow lives paycheck to paycheck.

And although most of us don't have a $2 million monthly burn rate like Mr. Depp, many Americans — especially those of the Millennial generation — are finding themselves in the same boat. The vicious cycle of stagnant wages and high living costs is causing millions of young workers to become dependent on payday.

3 Reasons Why You May Be Living Paycheck to Paycheck

So why is this happening, and how can you break free of the paycheck-to-paycheck trap?

Here are three big reasons why Millennials in particular are stuck in this cycle:

There’s evidence that Millennials have been gravitating toward the cities. It’s easy to see the reasons for this trend. Cities offer the largest number of well-paying jobs, as well as greater cultural opportunities than suburban and rural areas. In addition, for struggling Millennials, large cities also provide public transportation, the ability to walk to many places (including work, in some cases), and shared housing situations.

But living in large cities also comes at a cost. Higher rents mean that nearly anything that can be purchased in a large city will cost more than it will elsewhere. And while it may seem less expensive than owning a car, the relentless use of public transportation can turn into an underestimated expense. As well, once the Millennial decides to ditch the shared rental situation, he may come face-to-face with the real and prohibitive cost of urban housing.

A report by the Economic Policy Institute (EPI) found that wages for young college grads have been falling since 2000. The average wage for the group has fallen from greater than $18 per hour in 2000, to just under $17 per hour in 2013.

Complicating the situation is the fact that the percentage of the group who has employer-sponsored health insurance has fallen from 60% in 1988, to just 31% by 2012. This forces Millennials to either obtain expensive private coverage on healthcare exchanges or forgo coverage and pay for medical costs out of pocket.

Whatever the reasons for living paycheck to paycheck, the end result is that, when you do it, you're stuck in a trap. You struggle to pay your bills each month, and there’s simply no money left over for savings or investment. That means that next month will bring the same situation. So will the month after that and every other month from there on.

This is actually the definition of the term “working poor.” While you might have some of the trappings of being middle class, you earn only enough money to keep yourself going. There’s no extra. That means that you perpetually live one paycheck away from poverty.

In that situation, a bout of unemployment lasting for several months could see you joining the ranks of the homeless.

In addition to the obvious financial dilemma that puts you in, there’s also tremendous psychological and emotional stress. While it’s difficult to live with perpetual fear, it’s virtually impossible to thrive with it. If you’re constantly obsessed with the threat of impending poverty, it will affect everything in your life, including your job performance.

So should you just start saving money?

Having at least some savings available would insulate you from some of the fears and insecurities that the paycheck-to-paycheck lifestyle creates. But if you really want to get out of living paycheck to paycheck, you're going to have to take it a step further and invest.

Why Saving Alone Isn't Enough to Break the Cycle

It’s understandably difficult to justify saving money when you have a pile of unpaid bills. And even though having money sitting in a savings account or money market fund may provide at least a small measure of emotional and financial security, it can often feel like having dead money. Until the money is actually used to pay a bill, it seems to be doing little more than collecting dust.

So what you need to do is invest your money and grow your savings. This is a critical part of getting out of the paycheck-to-paycheck cycle. It’s not enough simply to have money, unless that money is actually doing something.

Investing isn’t about just accumulating money. It’s about watching your money grow. As it does, you experience the magic of compounding and develop all of the incentive that you need to keep it growing. And if you're a Millennial, compounding could in fact be your best friend (read more about that here).

You'll begin to see money as an asset and not just as a store of value. As investing grows your money, you begin to recognize the potential for what it can do for your life. You can even become addicted to investing.

But until you come to that point, it’s extremely unlikely that you’ll break the cycle of living paycheck to paycheck. Given how low interest rates are, there’s no way that you will just save your way out of poverty. But you can invest your way out.

Now that you know how critical investing is in overcoming living paycheck to paycheck, how can you go from non-investing to investing, given all of the obstacles that you face?

The best way is to start small, but to get started NOW. Everything looks impossible until you start doing it. And once you do, you can begin to gradually increase your efforts, so that you can go on to bigger and better things.

So with the assumption that every dollar that you earn has to go toward paying a bill of some sort, how do you start investing your way out of the paycheck-to-paycheck lifestyle? The best way is to begin taking small amounts of your income and putting them out of your own reach.

Here are some strategies.

Contribute to your own investment plan. If your employer doesn’t have a retirement plan, you can always set up your own IRA account. You won’t have an employer match, but you’ll still have all of the other benefits of a tax-sheltered retirement plan.
If you're interested in getting started with an IRA, Investor Junkie rates Betterment as the best for beginning investors.

Once you start making investment contributions there are strategies that you can use to gradually make them even larger.

The basic idea with investing is always to get started. And by investing your money in places where you won’t be able to get to it easily, you put it out of reach. And as the amount of your investments grows — from a combination of contributions and investment earnings — you’ll begin to move beyond living paycheck to paycheck.

Is it easy? Nope. But there’s no other way. 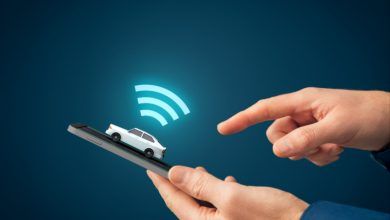 What Are Car Subscription Services? (And Should You Try One?) 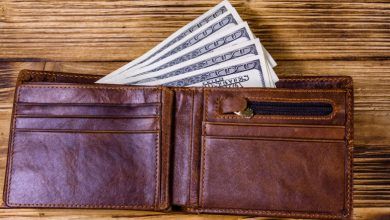 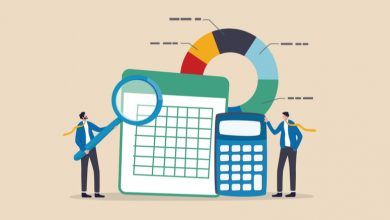 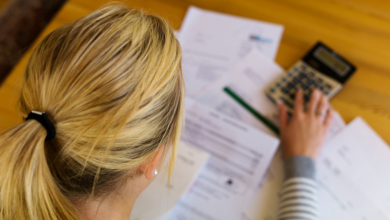 October 18, 2022
Editor’s Note
You can trust the integrity of our balanced, independent financial advice. We may, however, receive compensation from the issuers of some products mentioned in this article. Opinions are the author's alone, and this content has not been provided by, reviewed, approved or endorsed by any advertiser.