For the most part, 403(b) plans are the nonprofit world’s answer to the 401(k). But there is one big difference: 403(b) plans have higher investment fees. Typically, it's teachers and healthcare workers who are covered by these plans, so they’re the ones who have the highest fees for their retirement plans. How can that be?!

Tax deferral. Both plans allow for tax-deductible contributions, as well as tax deferral of investment income earned within the plans.

Withdrawal restrictions. Ordinary income taxes must be paid on any distributions from either plan. Both plans require that you wait to make withdrawals until you reach age 59½. Otherwise, you will be subject to the 10% early withdrawal penalty tax in addition to ordinary income tax. Both plans also require that you begin taking required minimum distributions (RMDs) beginning at age 70½.

Loan provisions. Both plans allow you to borrow up to 50% of the vested balance in your plan, not to exceed $50,000.

Maximum allowable contribution (MAC). 403(b) plans have a special provision with regard to maximum contributions. If you have worked for the employer for a minimum of 15 years, you can make an additional contribution of $3,000 per year. This means you can contribute up to $22,000 per year, or up to $28,000 per year if you are age 50 or older. This provision does not exist for 401(k) plans.

However, it’s also worth noting that relatively few 403(b) plans actually offer a MAC provision. While they can legally include it in the plan, they’re not required to do so, and most don’t.

Some may also offer a limited number of mutual funds. According to an analysis prepared by Aon Hewitt, the investment breakdown of 403(b) plans looks like this:

For example, if a 401(k) plan is held by a major investment brokerage firm, you may be able to invest in stocks, bonds, mutual funds, exchange-traded funds and real estate investment trusts (REITs).

Investment fees. 403(b) plan investment fees are typically higher than what they are in a 401(k) plan. See below.

Once again, according to the analysis prepared by Aon Hewitt, the fees charged on variable and fixed annuities and mutual funds included in a 403(b) plan look like this:

By contrast, the average expense ratio of an ETF is just 0.44%. And you can do even better than that by investing in low-cost index funds.

What makes the situation even more complicated for 403(b) plan participants is the fact that those investment fees charged on the annuities and mutual funds are often invisible. This is in part because they are buried in the literature describing the investment vehicles. Most people lack understanding about the significance of these fees.

The other issue is the lack of options. Since 403(b) plan investors don’t have low-cost investment options, they also lack the basis of comparison to make the determination that the investment fees they are paying are excessive.

The Long-Term Damage Done by High 403(b) Fees

The best way to demonstrate the damage caused by the high fees charged by 403(b) plans is by example. We’ll do one based on two people saving for retirement through their employer plans under identical parameters. The only difference between the two is that one participates in a 403(b) plan and the other in a 401(k) plan.

The big difference in fees is a result of Sam’s investment mix of annuities and mutual funds. Tara’s investment is entirely in low-cost ETFs.

How does this look at the end of a 40-year career? To keep it simple, we’ll ignore employer matching contributions as well as annual salary increases.

The difference between the two terminal plan values? $308,359.

Sam doesn’t contribute any less to his 403(b) than Tara does to her 401(k). And both plans provide identical gross returns on investment. The only difference between the two retirement planning outcomes is fees.

Making the Best of a Bad Retirement Plan

Unfortunately, if your employer offers only a 403(b), that is the best retirement plan you have. You’ll have to participate in it to at least some degree, due to the fact that it offers very generous contributions and tax deferral. But there are at least two ways you can minimize the damage.

Invest your 403(b) in Mutual Funds

The first is to choose the lowest-cost investment option you have within the plan. That will almost certainly be mutual funds. While they're not as inexpensive as ETFs, they're considerably less expensive than annuities. That’s not hard to imagine, either, since annuities are among the most expensive investment options available. Investing 100% in mutual funds could lower your overall annual expense ratio from 1.50% or more to something less than 1%.

Invest Some of Your Retirement Contribution in an IRA

The benefit is that within the IRA you can invest in low-cost ETFs, instead of mutual funds and annuities. But there’s also a secondary benefit. Since an IRA is completely self-directed, you will have a choice over what to hold in your account.

One flaw in this plan is the possibility that the IRA contribution will be either partially or entirely nondeductible. The IRS limits IRA deductibility if you are covered by another retirement plan and your combined income exceeds certain thresholds. Since you are participating in a 403(b) and may also be covered by an employer pension plan, you may be subject to these limits.

You’ll have to crunch the numbers and determine if the reduction in investment expenses justifies the loss of deductibility of part or all of your IRA contribution. You’ll also have to factor in any loss of the employer match due to making lower employee contributions.

Combine putting some of your retirement money into an IRA with shifting your 403(b) investments completely over to mutual funds. This will lower your effective investment expenses considerably and improve your return on investment.

Other than those two options, you can also lobby your employer benefits department to either switch retirement plans — perhaps over to a 401(k) — or to add more low-cost investment options to the 403(b) plan. But my money would be on the mutual funds plus IRA strategy. It’s always easier to make individual decisions than to change the collective minds of bureaucracies. 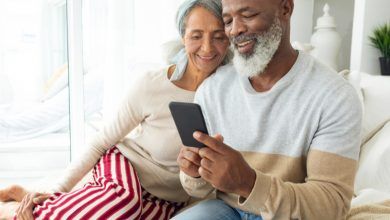 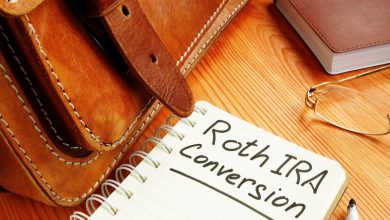 Roth IRA Conversion: How to Convert Without Losing Money or Paying Taxes