The New York Times recently cited a study that said, among other things, that a human life expectancy to age 115 was not unrealistic. Life expectancies have been increasing over time due to a number of factors including improvements in health care. What would living longer mean for you in terms of retirement planning?

Using the traditional retirement age of 65 as an example, if you were to live to 115, you would be retired for 50 years versus having worked for 43 years (assuming you started your first job at age 22 after graduating college). This would certainly put stress on anyone’s retirement nest egg in terms of making your money last over the course of your lifetime.

For example, the iconic 4% rule for retirement withdrawals is based upon an assumed 30-year time horizon in retirement. The rules say a balanced portfolio should support a withdrawal for 30 years of 4% per year of the initial amount of your nest egg.

While the 4% rule is just a guide, it does show that many traditional assumptions about retirement don’t consider increased longevity and a retirement that may be as long as (or longer than) your working career.

While inflation has been very tame in recent years, it is still a retiree’s worst enemy. Inflation is not uniform; it impacts different people in different ways. Medical costs, a big expense for retirees, have been increasing faster than more broad-based inflation benchmarks, such as the CPI.

In a 2016 study, Fidelity indicated that a couple both aged 65 could expect to spend about $260,000 on medical expenses in retirement. This is up from $245,000 in their 2015 study and $220,000 in 2014. There are concerns the cost of Medicare might rise more quickly, or be cut back under a Trump presidency with a GOP majority in both houses of Congress. Medicare reform is a stated priority of House Speaker Paul Ryan.

A 3% rate of inflation would cut your purchasing power in half over a 24-year period. By comparison, there was no cost-of-living adjustment in Social Security in 2016, and there is a 0.3% increase slated for 2017. Note the historical rate of annual inflation from 1913 to 2015 was 3.18%.

You will want to be sure to get the most you can out of Social Security. Depending upon what you read or whom you believe, Social Security either will be there for you, is in trouble or may be around but in a reduced form. I would be surprised to see it go away altogether, but more folks collecting a benefit for a longer period will put a strain on the system. There are already discussions about raising the current full retirement age from 66 or 67 (for those born in 1960 or later), for example. Increased taxes on workers and reduced benefits could also follow if needed to keep Social Security solvent.

In many cases, it might make sense to wait if possible to receive the maximum Social Security benefit at age 70. The difference between the benefit you would collect at 62 (the earliest age you are eligible to collect a benefit) and age 70 is about 76%. Waiting until age 66 (the full retirement age, or “FRA,” for those born before 1960) provides a 25% increase over claiming at age 62. For those born in 1960 or later, this difference will be 30%, based on their FRA of 67.

For those whose FRA is 66, their annual benefit level increases 8% per year up to age 70.

We are already seeing some people work longer or move to “encore careers” for a variety of reasons. For many, they still feel young and want to stay active. For others, it is because they need the money. Not only does working longer bring in current income; it can help delay the need to tap into your nest egg, allowing it to grow a bit longer.

As people live longer, I suspect we will see more people working longer for both reasons.

Another advantage might lie in health insurance coverage. If you are 65 and don’t enroll in Medicare, there can be financial penalties if you enroll later. An exception to this is if you are still working and have health insurance via your employer. This will depend upon whether Medicare becomes your primary coverage, as is the case for smaller employers with 20 or fewer employees. However, if your employer is larger and their coverage is better, you can stay on their plan in lieu of Medicare while working for them.

The costs of both will increase with longer life expectancies. Long-term care needs may last longer, increasing the cost over the course of your retirement. Your retirement savings should take this into account. This might also impact your decision as to whether or not to purchase long-term care insurance.

We are already seeing companies raising their rates on those who have already purchased policies, citing increased longevity among other factors. It would seem this trend will continue to impact rates as we move forward.

As cited by Fidelity and others, the overall cost of health care during your retirement will likely increase with longer lifespans. It is critical you plan for this during your pre-retirement years. Using an HSA as a vehicle to save for medical costs in retirement can be a great tactic if you have access to one.

When using online retirement calculators or if you are working with a financial advisor, be sure the planning assumptions used reflect the potential impact of increased longevity. Many financial advisors have indicated they are increasing their longevity assumptions, and this is good advice for all of us.

We are living longer on average, and this trend is expected to continue. Living longer, especially if we can do so in good health, is a good thing. Living longer puts an even bigger strain on our ability to save for a comfortable retirement and on our nest eggs. It is important to plan for longevity as we save for retirement moving forward. 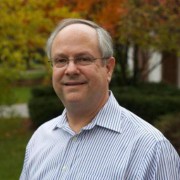 How to Help Your Parents Manage Their Investments 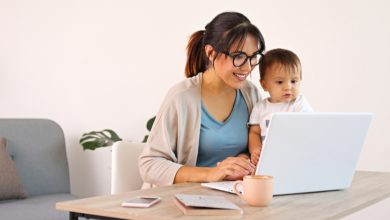 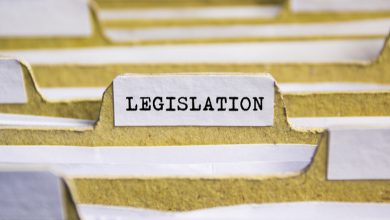 What Is the SECURE Act and How Does It Impact Retirement?