Now that it's so common for people to have several — often many — jobs over the course of a lifetime, having a “collection” of retirement plans is pretty much the norm. Sometimes that’s an advantage, you may have different retirement plans set up in various accounts with different trustees in a way that just works for you.

Other times, it can make your life more complicated, and you may want to merge some or all of the accounts into a single large account, where you can better keep track of your retirement investments.

Generally speaking, it’s easy to merge retirement plans, and to do so without incurring penalties. This is especially true when you are merging like-kind retirement plans.

Just as is the case with employer-sponsored retirement plans, it’s pretty easy to reach the point you have more than one IRA account. It often happens as a result of job changes; you leave one job and roll an old 401(k) plan into an IRA. Then you take another job with a 401(k), and maybe while you’re there you set up another IRA account, just because you can. Once you leave the second job, that 401(k) gets rolled over into its own IRA, and now you have three IRAs.

Sometimes multiple IRAs develop based on the various incentives that are offered by individual IRA account managers, similar to the reasons why people often maintain savings and checking accounts with multiple banks.

Whatever the reason, it’s easy to reach a point where you have three or four IRAs, all sitting with different trustees. Eventually, you come to a place where you want to merge them all into a single IRA.

When that time comes, just be sure the other accounts you're rolling the IRA into is the best plan of the batch. It should offer the widest investment selection, at the lowest price.

There are two ways to merge one traditional IRA into another:

60 day rollover rule. This is the more complicated of the two methods, and generally not recommended. Under this method of transfer, you actually take possession of the funds from your previous plan — that is, the distribution of the plan funds are sent directly to you. Once that happens, you’ll have 60 days to complete the rollover to another IRA, or the proceeds will become taxable and, if you are under age 59 ½, you’ll also be subject to the 10% early withdrawal penalty.

In many cases, the trustee of the old account will withhold 20% of the distribution from the plan to cover income taxes. While this could be an excellent cover in the event that you don’t complete the rollover within the required 60 days, it comes with a set of complications all its own.

Let’s say you have $10,000 sitting in an IRA account, and the trustee issues a check for the proceeds directly to you. If they withhold 20%, your check will be for just $8,000. If you rollover that amount into a new IRA, you have two options: either come up with the additional $2,000 out of your own funds in order to complete the full rollover, or the $2,000 withholding will be subject to tax and penalties, since it never made it into the new plan.

The 60 day rollover also invokes the one-year waiting rule. Any time you move money out of an IRA using this method, you will be unable to roll over any part of that money to another IRA account for one year.

Moral of the story: Never use a 60 day rollover method unless there is absolutely no other option.

Direct transfer. This is the rollover method you should use anytime you can, as it is the simplest way to merge IRA accounts, and creates virtually zero chance of incurring income taxes or early withdrawal penalties.

Under direct transfer, you simply complete the required paperwork that will enable your previous IRA trustee to make a direct transfer of IRA account proceeds into the new IRA trustee account. The money never passes through your hands, which is why taxes and penalties are avoided. In addition, there will be no limit to the number of times you can make this kind of transfer, like the one year waiting rule that applies to 60 day rollovers.

The need to merge Roth IRA accounts isn’t typically a problem, if only because the plans haven’t existed nearly as long as they have for IRAs and 401(k)s. In addition, Roth IRA plans are not typically destination accounts for employer plan distributions the way traditional IRA accounts are.

If you do have multiple Roth IRA accounts and want to merge them, the rules are similar to what they are for merging traditional IRA accounts. And it’s worth repeating; use the direct transfer method to keep things simple and to avoid problems with the IRS.

Once again, merging 401(k) accounts is handled in the same way that you would with traditional IRAs. You should be able to merge old 401(k) plans into a new employer plan as long as it is permitted by the new employer plan. And since the dollar amounts involved in 401(k) plans are often considerably larger than what they are for IRAs, it’s doubly important that you use the direct transfer method to avoid tax problems.

Of greater consideration perhaps, is whether or not you even should merge 401(k) accounts. While it may be more convenient to merge prior 401(k) accounts with your current employer plan, it’s not always the best strategy.

Before deciding on merging 401(k) plans into your current plan, consider the following:

Where merging 401(k) plans is concerned, it’s important to understand that all 401(k) plans are not equal. Some are better than others, and you can hurt your retirement efforts significantly by making convenience the primary criteria in choosing which 401(k) plan you’re going to merge the others into.

As long as you handle the transfer of your accounts correctly, the transition should be seamless, and both tax & penalty-free.

Merge retirement accounts only if the new plan is superior to the old ones, and if it helps you streamline your current plans. 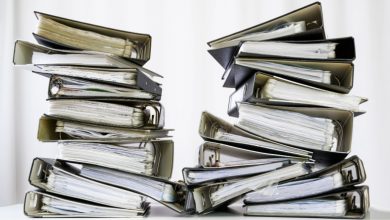 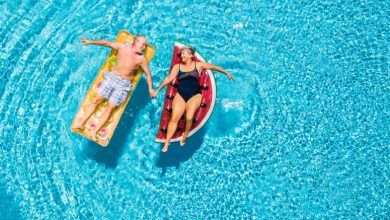 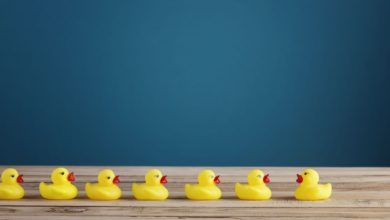