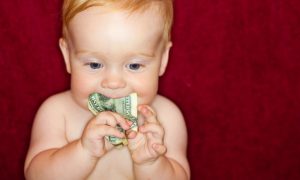 Do your kids have any investments that are generating income, such as dividends or interest? Or maybe you have opened a custodial investment account for your children that has generated capital gains.

If either of these situations apply to you, you might be subject to the Kiddie Tax.

The Kiddie Tax was introduced in the ‘80s to keep wealthy individuals from “hiding” their assets under their children’s names — ensuring that parents fairly pay income tax on all excess dividends, capital gains, and interest earned.

Here’s how the Kiddie Tax works, and how it might affect you.

What Is the Kiddie Tax?

You used to be able to avoid paying taxes by transferring assets to your kids. You could give them stocks, bonds, or other assets, and enjoy a much lower income tax rate than you would otherwise would.

But in the 1980s, the U.S. closed that loophole and introduced the Kiddie Tax in the Tax Reform Act of 1986. This put a limit on the amount of investment income that could be earned by a dependent child at their tax rate. The excess income would be taxed at the parent’s marginal income tax rate.

The law specifically applies to “unearned income.” Unearned income is income derived from investment activities, and is different from regular “earned income” that comes from a job (wages, tips, or self-employment income). Unearned income includes dividends, capital gains (from the sale of assets), and interest payments.

The ultimate goal of this tax is to discourage parents from gifting large amounts of stocks or other investments to their child for the sole purpose of avoiding higher income taxes. The original law only covered children under 14 years old (as they cannot be legally employed). It was revised to include any dependents under 19 years old, as well as dependent full-time students aged 19 to 23 years old.

Related >>>>Taxes and Investing: What First-Time Investors Need to Know About Filing Taxes

According to IRS tax topic 553, the Kiddie Tax rules require that unearned income over $2,300 under your child’s name is subject to the parent’s margin tax rate. The first $1,150 on unearned income isn't taxed at all and the next $1,150 is taxed at the child’s income tax rate which will be typically be lower than the parent's.

After the initial $2,300 in unearned income, the rest of it is reported and taxed at the parents marginal tax rate. Your child would be responsible for paying the increased tax rate, which would probably bum them out.

But, you can elect to report your child’s unearned income on your income tax return and pay the taxes yourself if they earned less than $11,000 in gross income for the year, and the only unearned income is from interest, ordinary dividends, and capital gains distributions.

Who Is Subject to the Kiddie Tax?

The Kiddie Tax is applied to all dependent children under the qualifications of the internal revenue code (IRC) that have taxable investment income. A qualifying child might be:

How Is Kiddie Tax Calculated?

But as always, IRS tax rules are a bit more complicated than that. Let’s walk through a hypothetical example to see how the Kiddie Tax could apply in real life:

Johnny is 16 years old and made $10,000 mowing lawns. He also has a custodial account set up by his grandparents, and received $4,000 in unearned interest income for the year.

As you can see, it gets complicated even with rounded numbers. That’s why it might be best to use tax software or find a licensed tax professional to help your child if you suspect they're subject to Kiddie Tax.

How Is the Kiddie Tax Reported?

Kiddie Tax is reported on IRS Form 8615 (Tax for Certain Children Who Have Unearned Income), which is attached to the child's tax return. If you, as the parent, elect to report your child’s investment income on your tax return, you’ll need to fill out IRS Form 8814 and attach it to your return instead.

Can You Reduce or Avoid Paying Kiddie Tax?

The Kiddie Tax law has successfully closed the loophole allowing wealthy parents to give assets to their kids to avoid taxes. However, there are still a few ways to (legally) save on taxes for your kids.

If your child has earned income, they can open a Roth IRA and contribute up to the total amount earned for the year. That's up to $6,500 in 2023. While the contributions don’t save on regular income taxes, the interest and dividends generated into the account are tax-free, and not subject to Kiddie Tax.

The contributions can be withdrawn at any time. And the earnings can be withdrawn penalty-free as well if used towards educational costs. However, while the early withdrawal penalty is waived when earnings are used to pay for college, it's important to note that income tax will still be levied on those withdrawals.

If you're saving for college for your child, instead of gifting your child money in a custodial account, you can contribute to a 529 saving account. The income generated within the account is not subject to the Kiddie Tax. And while they aren't federally tax deductible, some states offer tax deductions and credits for 529 plan contributions.

Tax-loss harvesting is a popular strategy for investors with large taxable investment accounts. It can also be utilized in your kid’s accounts. The trick is to sell off an asset that is down in value, and subsequently buy a similar (but not identical) investment.

That should keep the portfolio asset allocation intact, while capturing the capital loss for the year. Capital losses can help offset capital gains in a minor's investment account. This is a more advanced strategy, but can be used to lower your child’s tax burden.

The Takeaway: Will Your Child Need to Pay the Taxman This Year?

The Kiddie Tax was created to close a tax loophole used by wealthy families that tried to lower their tax burden by gifting assets to their children.

To that end, it worked — but it made doing taxes for your children a bit more confusing. If your child has investment income above $2,300, they may end up having a higher tax bill than expected.

Thankfully, kids can lower their tax burden by investing in tax-sheltered accounts (like 529 plans or Roth IRAs) or by using the advanced tax-loss harvesting strategy.

Got tax questions? We got you. 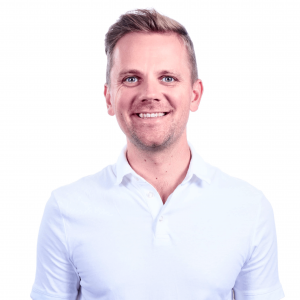 As a nationally-recognized personal finance writer for the past 8 years, Jacob Wade has written professionally for The Balance, The Spruce, LendingTree, Hedge With Crypto, Investopedia, Money Under 30, and other widely-followed sites. He has also been a featured expert on CBS News, MSN Money, Forbes, Nasdaq, Yahoo! Finance, Go Banking Rates, and AOL Finance. His background includes five years as an Enrolled Agent at an accredited CPA firm, where he prepared tax returns for individuals and small businesses. 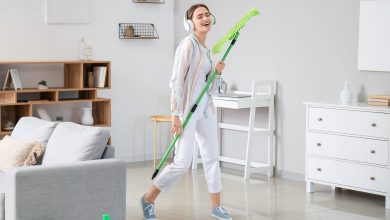 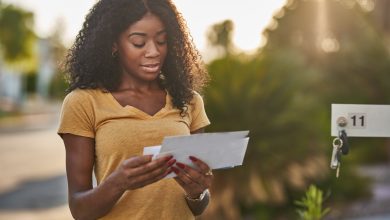 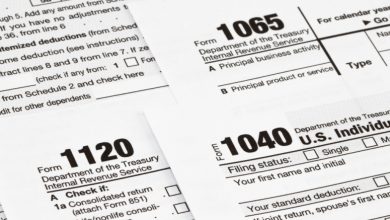 9 Ways to Reduce Your Taxable Income in 2023 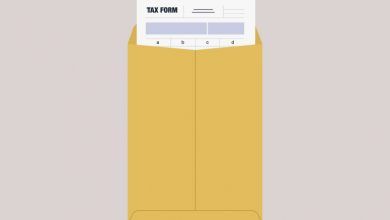 CP05 Notice From the IRS: What It Is & What You Need To Do

November 25, 2022
Editor’s Note
You can trust the integrity of our balanced, independent financial advice. We may, however, receive compensation from the issuers of some products mentioned in this article. Opinions are the author's alone, and this content has not been provided by, reviewed, approved or endorsed by any advertiser.